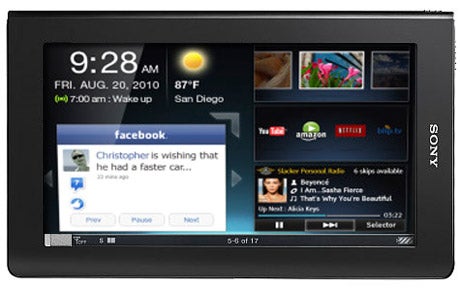 With every other company jumping on to the tablet bandwagon, a company as formidable as Sony has been conspicuously missing from the tablet scene. The closest thing we have seen of the electronics powerhouse making tablets was the sight of its logo in a Windows 7 partner slide that Steve Ballmer was all too proud to unveil during a presentation.

However, all of that might soon change as Sony has again dropped a hint of a tablet device. Similarly to everyone else planning to include a tablet in their lineup, Sony also addresses Apple’s position. Sony VP and CFO Masaru Kato and Gen Tsuchikawa, Senior General Manager of Investor Relations revealed, “It is true Apple has led the market, but when we are to enter the market, we would like to put a Sony character onto the… new product, and that is the effort we are making right now.”

However, Sony is leaning more on its smartphone brand to add character to its upcoming tablet and not its laptop range, while also stressing on the upcoming tablet to lend more weight to its ‘mobile strategy’.

Well, this could be an indication of Android getting into the thick of things, more so as the company already has a thriving presence in the smartphone segment with its high-end Xperia X10 Android smartphone.

“On one hand, there is PC, and on the other hand there is the joint venture with Ericsson on smartphones and for the gaming devices. And tablets, some fall somewhere in between.”

However, with its logo firmly splashed on the partner slide presented by Microsoft CEO, Steve Ballmer, who knows this might also be an indication of a Windows 7 device also in the making.

We only hope we won’t have to wait too long for the final product to emerge.

[The image shown above is that of the Sony Dash]