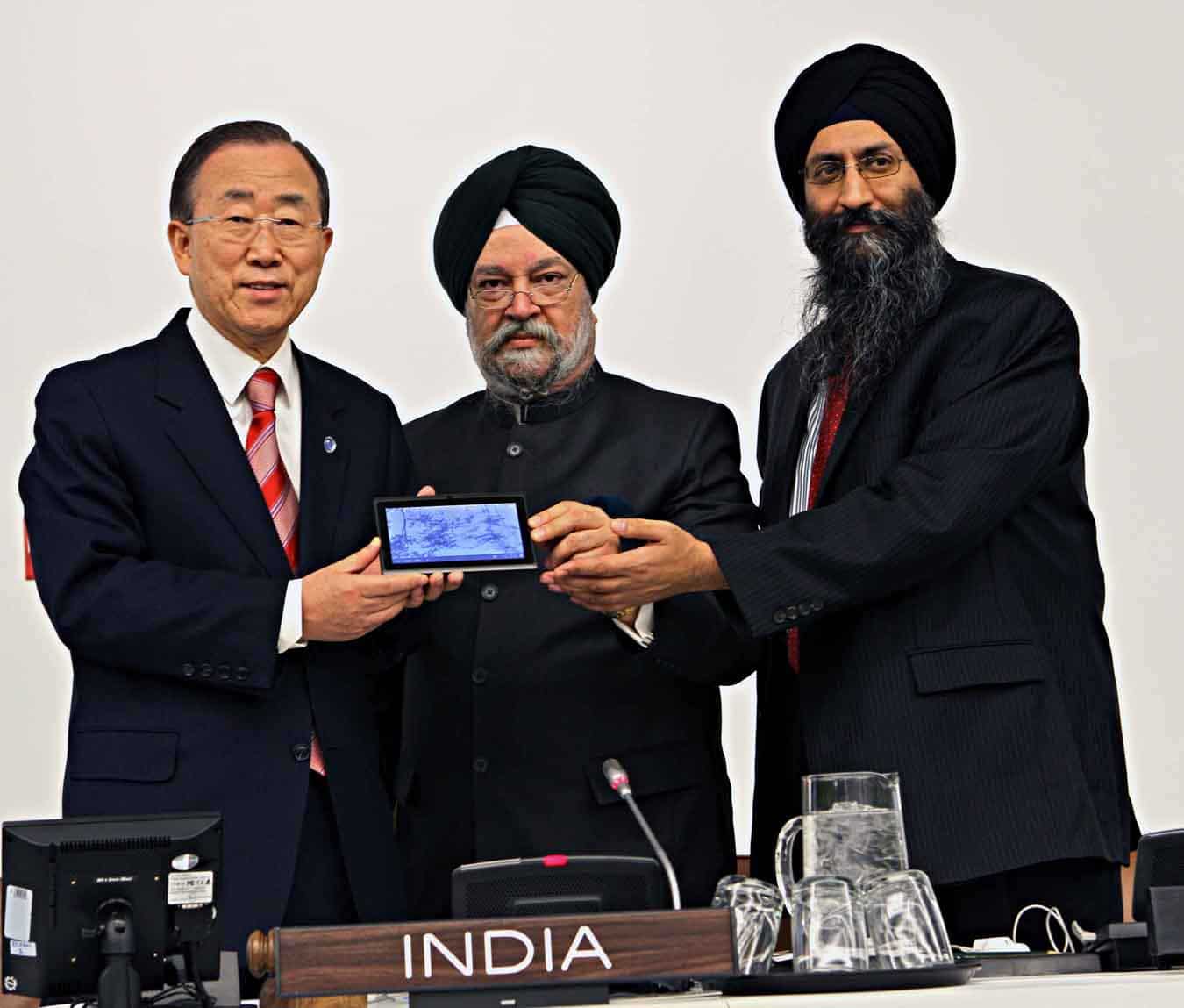 The humble Aakash 2 device had a world audience when the tablet was launched at the United Nations today in a glittering occasion to mark India’s Presidency of the UN Security Council. Dubbed “the world’s most cost competitive tablet,” the Aakash 2 is lauded for its ultra cheap price tag and the potential the tablet has in furthering the cause of education in the country. The tablet is being distributed among students at a government subsidized price of around $29, though the commercial version of the same will sport a sticker price of around $60.

The government aims at making the Aakash 2 available to the entire student community in India within the next few years. With the tablet, students from even the most far flung areas of the country can have the most updated information at their disposal via internet.

“We need to do more to help all children and young people make the most of the opportunities provided by information and communications technology, especially all those who are still unconnected from the digital revolution,” said Ban during the event.

Mr. Suneet Singh Tuli is the CEO of Datawind, the company that manufactured the Aakash 2 as a product of “frugal innovation.” He claimed the idea behind it all was not to develop a device that could be termed an iPad killer, but to design a product that even the poorest could afford, thereby introducing the widest possible audience to the digital information revolution that so far has been confined largely among the affluent section of the society. The Aakash 2 (or its subsequent revised models) is touted to play a key role in the government’s commitment to eliminating illiteracy in the country by providing all 220 million students with the Aakash 2 device within the next 5 years.

The Aakash 2 tablet’s UN stint came against the backdrop of allegations from some quarters about it being in reality a cheap Chinese device bought in bulk from that country, something that Datawind CEO Mr. Tuli vehemently denies.

Tuli also added the Aakash 2 is a work in progress project with improvements and innovations every 6 months.