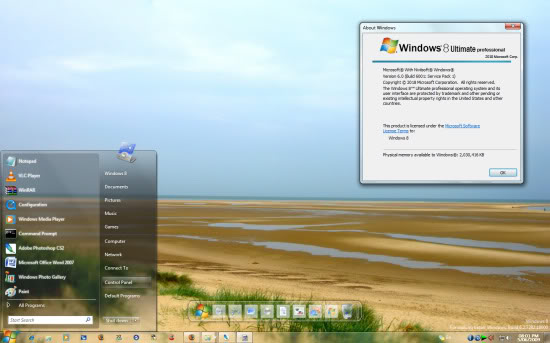 Acer and Lenovo has made known their intentions of coming up with a Windows 8 based tablet device towards the third quarter of this year. Both the companies already have a presence in the tablet segment though that has been almost exclusively based on the Android OS. However, all of that can change with the coming of Windows 8, the first Windows version that its makers claim has been optimized to work both on mobile computing platforms such as tablet devices or traditional computing devices such as the laptops and desktop computers. Windows 8 will also be the third major player in the tablet OS field that is dominated by the iOS and Android so far. Other players of repute such as HP and Dell has already announced they too will be launching tablet devices based on Windows 8.

Coming to the Acer and Lenovo offering, both the companies will be relying on Intel Clover Trail platform for their upcoming Wintel venture, claims Digitimes as per its sources from the up-stream supply chain. Intel’s Medfield processor which will be unveiled in the first quarter this year — will be previewed during the upcoming CES — is out of favor with both Acer and Lenovo due to its not so impressive power consumption record. Clover Trail, on its part, has both performance to show while sipping the least of power. It can be worth mentioning here that battery performance is of vital importance for a tablet device to survive the cut throat competition now raging in the segment, one that can make or break a tablet’s prospect.