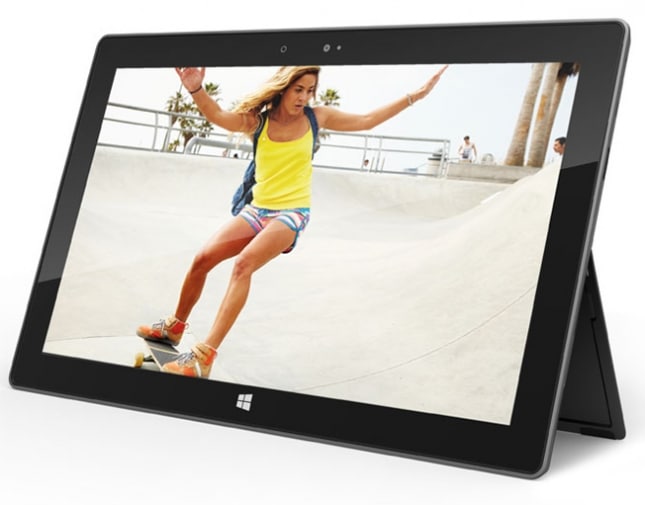 The Surface has shaken up the tablet industry, though not everyone is impressed. Acer is one of them, and they feel the tablet might fall short of putting up a credible challenge to the iPad.

“I don’t think it will be successful because you cannot be a hardware player with two products,” said Oliver Ahrens, Acer’s senior VP and president for Europe before also adding, “Microsoft is working with two dozen PC vendors worldwide, including the local guys, whereas Apple is alone, it can more or less do what it wants.” He warned, “Microsoft is a component of a PC system. A very important component but still a component.”

Oliver Ahrens also cautioned Microsoft might be taking on more than it can effectively handle.

“Instead of enhancing the user experience for Win 8 (…) they open a new battlefield,” he said.

“I worry that this will lead into a defocus internally for Microsoft, and then we have to suffer because we are working with their products.”

However, whatever may be the scenario, Microsoft has undeniably brought in a whole new approach to the tablet industry. The usual story so far has been iPad leading the race with all the others always trying to catch up with devices that fundamentally resembled the iPad. Asus then came up with the Transformer Prime that many had thought could be a game changer, but it didn’t end up making that much of a difference. Now with the Surface coming on to the scene, it will be a battle between the Goliaths, though the stakes are higher for Microsoft than for Apple. Apple has already made itself comfortable and is in a position of strength while Microsoft is having to start from scratch. Also, Microsof is putting everything in the new venture and if Acer’s words rings true, Microsoft will have to absorb a heavy loss.