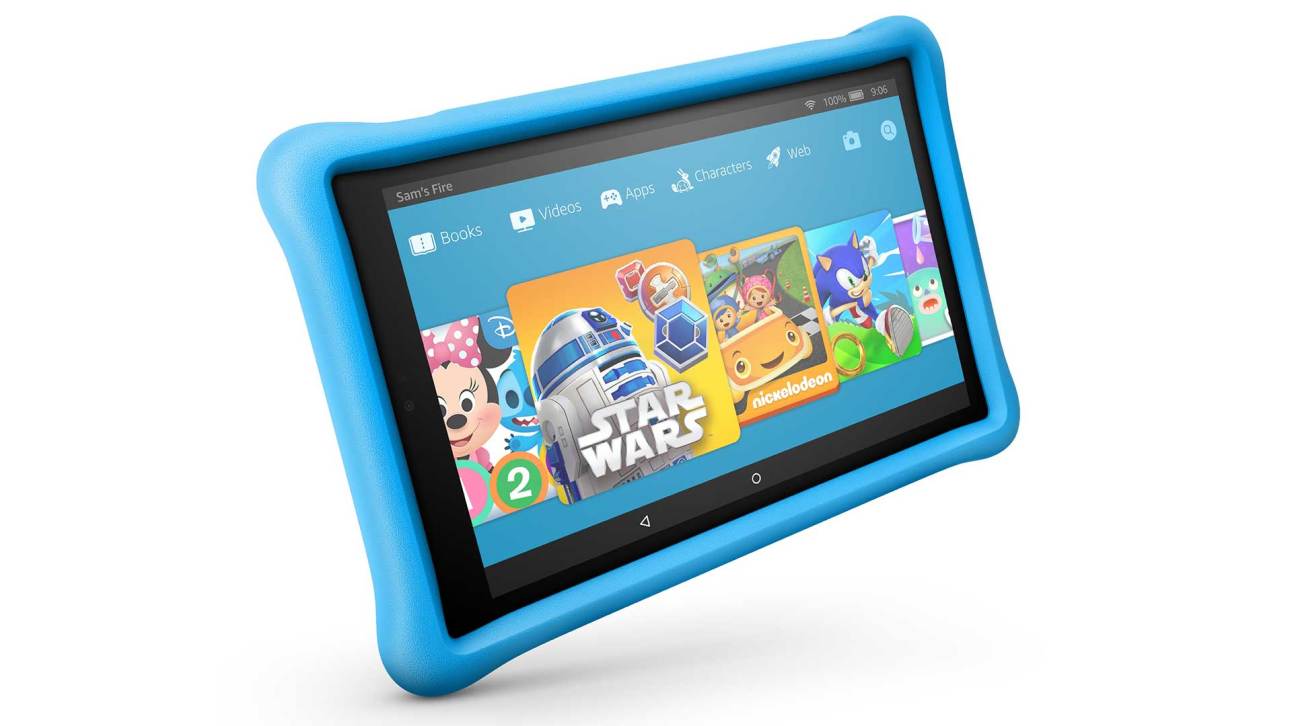 Amazon has just launched a kids edition of their Fire HD 10. It comes with one free year of Freetime Unlimited, which has a copious amount of free apps, movies and television shows. Parents can rest assured that this device will be able to withstand the trials and tribulations of a cruel world with the rubber case and two year unlimited warranty.

The Fire HD 10 Kids Edition bundle comes with Amazon’s flagship Fire HD 10 tablet, which is a great device that I have owned since it was released late last year. It is powered by a quad-core MediaTek MT8173 CPU, clocked at 1.8Ghz, and PowerVR GX6250 GPU that is used in the 2nd-generation Fire TV, so there is plenty of power under the hood. It has a great 10.1-inch 1080p (1920×1200) screen and 2GB of RAM. There’s 32GB of internal storage that is expandable by up to 256GB through the tablet’s microSD card slot. 802.11ac WiFi, Bluetooth 4.1 LE, and a pair of front and rear cameras round out the features.

The Fire HD 10 Kids Edition is available for pre-order for $199.99 and will start shipping on July 11th.