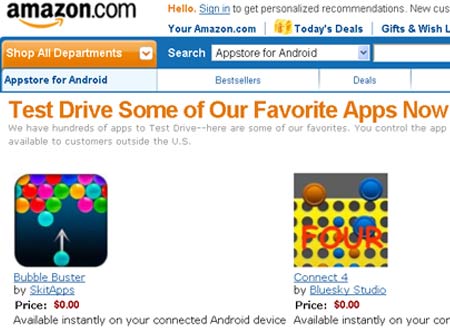 Amazon has just released a new version of its Android APP store that lets you try an app before you commit to the purchase. This feature is in beta and only works on select phones and tablets. This is a great new enhancement because you don’t have to waste your money on a particular app, only to find out it does not suit your needs. Amazon intends on refining this cloud based feature in the coming months and rolling it out to more devices. For now, it is all about trial and error to see if it works on your particular device. You can download it right now from the Good e-Reader App Store, or better yet, download our Android Client.