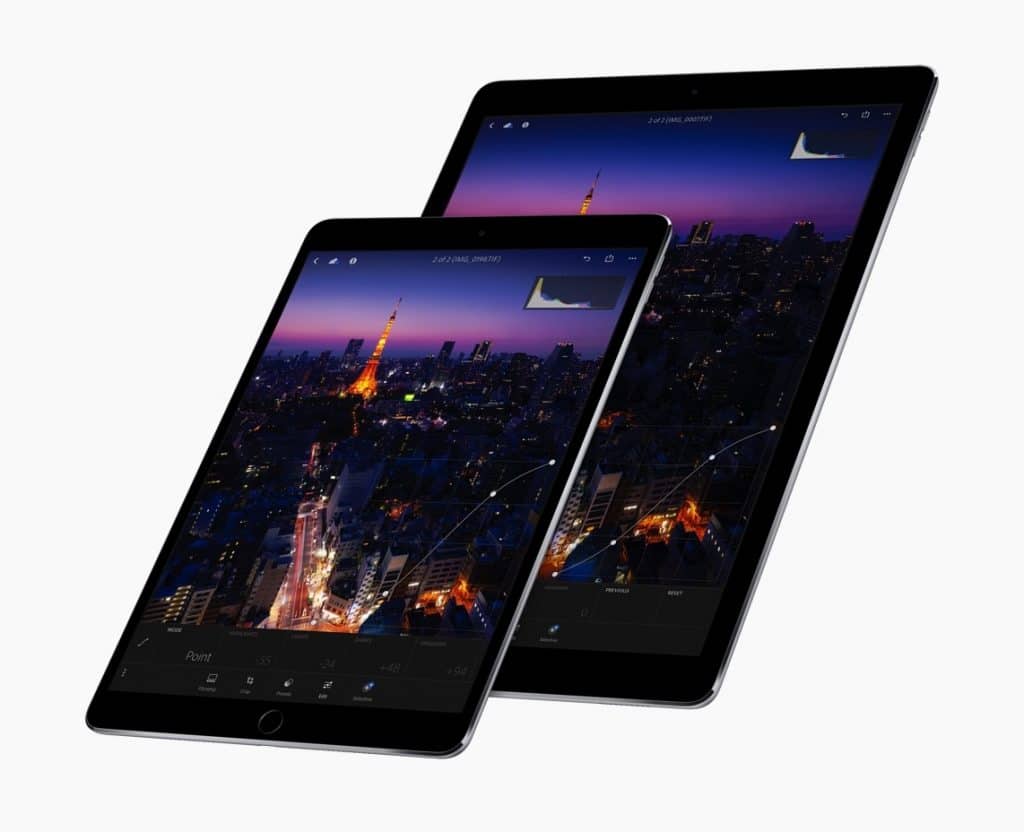 Apple has just unveiled a new iPad 10.5 and it is available next week. It features a new 64-bit A10X Fusion chip with a six-core CPU, which brings three high-performance cores and three high-efficiency ones. There’s also a 12-core GPU on deck, which should translate to a 40 percent boost in graphics performance. It employs True Tone Display, which measures the ambient light color and brightness, allowing the display to correct white point and illumination based on the lighting in your environment. Apple’s stated goal is to render white’s correctly under any light source, so, for example, when you’re reading an e-book the page looks exactly like paper.

One of the most compelling aspects of the 10.5 is a new screen technology called ProMotion that brings dramatically improved display performance, doubling the display refresh rate to 120Hz, making for smoother, more responsive content. It also works more accurately with the Apple Pencil, offering an industry-leading 20 milliseconds. The new iPad also has wide color gamut, ultralow reflectivity, 600 nits brightness, and HDR video support.

The 10.5-inch iPad Pro goes on sale today and ships next week; while iOS 11 ships to consumers in the fall. The iPad costs $648 for the 64-gigabyte base model and goes up from there. There is even a 512GB model available for over $900.