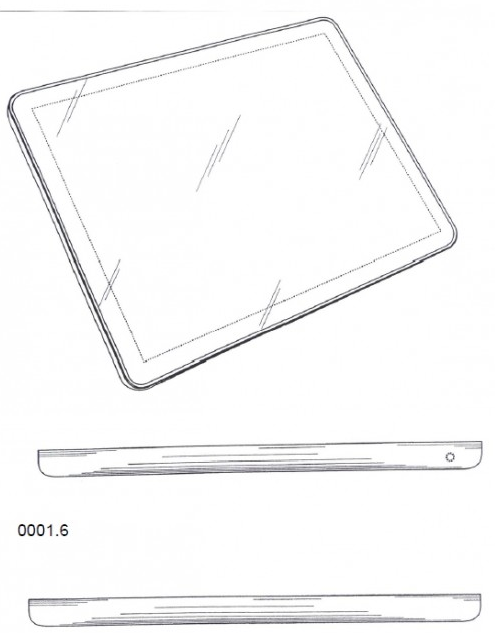 Apple has received a shot of adrenaline in its arms with the injunction that a German court has issued against Samsung from selling its Galaxy Tab 10.1 in the European Union. The sale of the Samsung device is now banned in that entire region except of course the Netherlands. There is, however, a second school of thought which points out that the ban might well have under its fold almost every other tablet made by any manufacturer and running on any OS.

The line drawings of the product that Apple submitted in its patent documents are extremely generic to say the least. But then, it is based on these line drawings that Apple has been successful in getting an injunction on the Samsung Galaxy Tab 10.1. So if Samsung is at the receiving end right now, well there are already plenty of tablets in the market that will also someday come under Apple’s legal eyes. There are two other tablets in the Samsung camp, the 7 inch Galaxy Tab and the Galaxy Tab 8.9, and things can turn sour for those as well.

What is also interesting is the choice of court in Dusseldorf where Apple decided to push its case, known as it is to be particularly sympathetic to the plaintiff in IP related cases. This has also made the judges experts in patent affairs in their own right. What’s more, as per German laws, it is even possible to obtain an injunction without even the other party being involved at all. Clearly, Apple has been following a well laid out plan and there has been a lot of thought behind each of their moves.

Also, what makes Samsung’s task really cut out is that even if this is just the preliminary decision, the main legal proceeding comes up next and it could drag on for at least a year, if not more. Also, during this time, there is very little scope for the Galaxy Tab 10.1 to break free. What this also means is that Samsung’s entire investment in the product development remains jeopardized until the ruling comes out. Sure, Apple will have to pay out all costs and losses incurred by Samsung if the latter wins, but the Galaxy Tab 10.1 will have lost much of its appeal by that time.

If the judges look to be a bit swayed towards Apple by the way the patent was granted, then its even more bad news for Samsung since they would be hearing the case. Apple is simultaneously pursuing the case in the Netherlands as well, though there are no legal obligations from the retailers selling the stock of the Galaxy Tab 10.1 that they have piled up in their backrooms.

The turmoil of the 90s when the Macintosh came under fire from Wintel (Windows and Intel combine) is what Apple wishes to prevent this time. It fears the staggering growth of the Android OS can wean away developers from its iOS platform. So prominent among the audience  watching the Apple vs Samsung battle is Google, since if Apple becomes even more aggressive, there are a lot of other tablet PCs that might face the axe and a lot of them are Android based.

Apple right now is sitting on a mountain of cash while its products are selling in numbers higher than ever before, which means it’s the right time to extend their authority. Samsung, on the other hand, manufactures a wide range of products with tablets being just one of them. So one option for them will be to keep fighting. Or it can even enter into some sort of a compromise with Apple by agreeing to pay a one time fine or a part of every Galaxy Tab sales it makes.

As for the patent, it was filed by Apple in 2010 for what it called a handheld computer and included a screen with a bezel surrounding it. Also, ever since the iPad came onto the market and popularized the tablet concept like none other, there has been a rush by almost every manufacturer to have tablet PCs of their own. They all had one thing in common, the front dominated by a touch screen with a bezel surrounding it. This is not to the liking of Apple and if this is what Apple is out to achieve, it means it wants to stamp its authority on an entire product line.

Microsoft and Fujitsu were also experimenting with tablet like devices much before Apple came along with the iPad, though those early works never became popular. Wonder if Microsoft or Fujitsu will be joining the battle next. This is something that all tablet makers in the world will be keenly watching.

The Apple iPad is already the largest selling tablet in the world and that too by a wide margin and it seems Apple doesn’t want to stop there. Perhaps it wants to be the only player in the tablet segment.

via netbooknews, via pocket-lint