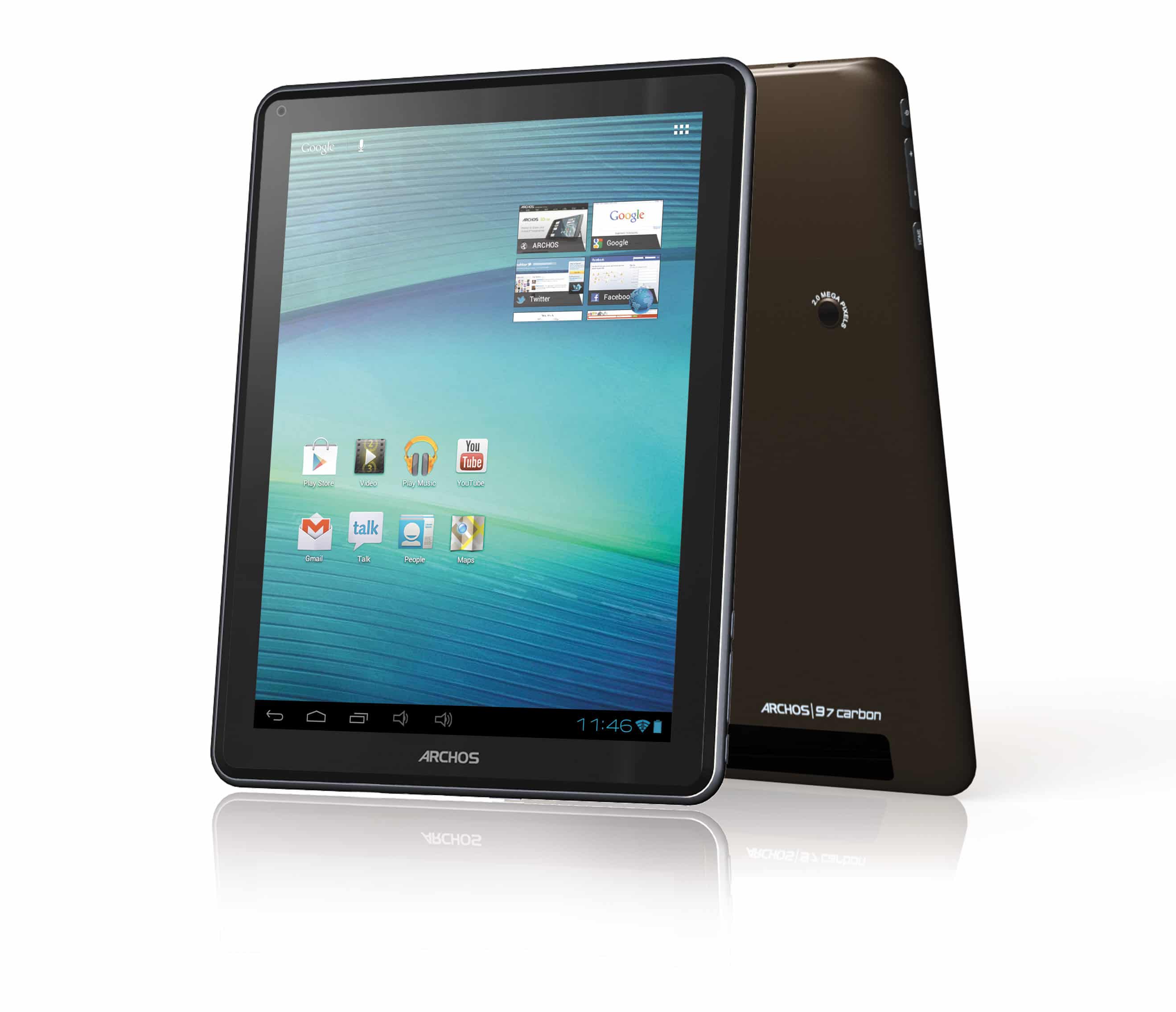 Archos is among the early and better known companies that used a relatively cheaper price tag to appeal to consumers. The French company is back this time with a brand new offering in the form of 97 Carbon, packed as usual with quite decent specs.

The 97 Carbon is running on a 1 GHz single core ARM Cortex A8 CPU coupled with a 1 GB RAM. On board storage stands at 16 GB with a microSD card slot for further expansion. Also, the tablet comes with a 9.7 inch IPS display, a resolution of 1024 x 768 pixels, and runs Android 4.0 ICS. The tablet also boasts of an USB port as well as access to the Google Play Store.

Among the apps that will come pre-loaded on the tablet, it will feature Office Suite Viewer that will let users read MS Office files like Word, Excel, and Power Point. There will also be a demo version of the puzzle game, World of Goo. It also has News Republic providing a continuous stream of world news, and Brief Me that allows for customizing social media feeds.

The tablet is listed at the Archos online store for $250, which is affordable, though there obviously is the Nexus 7 factor that the Archos tablet will have to take into account to ensure it survives while the Nexus 7 is already flourishing. It is clear that the balance is heavily titled in favor of the Google tablet, what with four times more processing power along with the latest Android Jelly Bean version that it has to offer, all at the same price. In fact, the 97 Carbon specification looks pretty plain in comparison to the Nexus 7 and the only few things that the Archos tablet has to its favor include a bigger 9.7 inch display, a USB port, and a microSD card support. Whether these ensure the tablet will find a good audience remains to be seen.