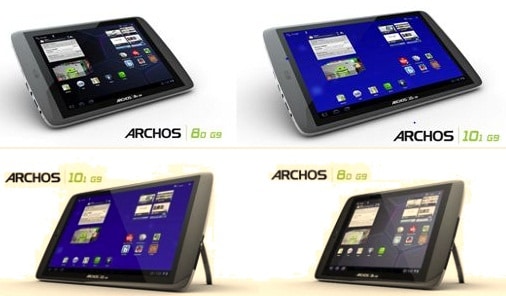 French Tablet and Portable Media Player company Archos has been making devices for over seven years. It has not seen huge success in North America and certainly is not a household name. In Europe and Asia, it’s another story with Archos doing record business in 2011. The company officially released sales figures showing it made €171.4 million in sales vs 2010 when it only made €83.3 million.

Archos has been releasing cumulatively more powerful devices and attained Google Certification in Q4 of 2011. This allows many of its newest devices to give you full access to the Google Android Market, which is normally a deal breaker with most people. Archos now controls a 24% market share in Europe, which essentially ties it with Samsung. Both companies obviously trail Apple, which leads by a wide margin.

Archos intends on releasing exact financial figures March 24 2012. We expect Archos will have obtained around a 20% profit on their entire product range of sales.