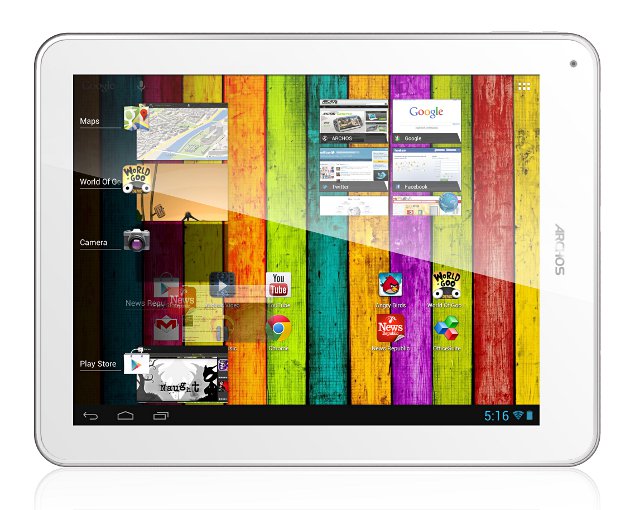 Apple may have started the whole retina display fad, though the company was denied the exclusivity soon thereafter once Samsung and Google introduced the Nexus 10 with an even better pixel density. Now with French budget tablet maker Archos joining the fray with its own take on retina display, future tablet devices will be expected to feature a retina display regardless of the price range.

Coming back to Archos, the 97 Titanium HD, as the tablet is named, packs decent technology (as is always the case with Archos products). The tablet is based on a 1.6 GHz dual-core A9 processor and a quad-core Mali 400 MP4 GPU, which together with a 1 GB RAM ensures the tablet can’t exactly be considered a laggard if not a speed monster. Onboard storage amounts to 8 GB, along with support for a microSD card that allows for expansion of up to 64 GB. The tablet is wi-fi enabled and runs the latest Android Jelly Bean. As for apps, the 97 Titanium HD comes pre-installed with the Archos Media Center apps and OfficeSuite Viewer, to name a few. Also, of course, there is the 9.7 inch IPS display that is brought to life with a sparkling array of 2048 x 1536 pixels, exactly the same as in the third and fourth gen iPad.

However, what is missing is the price and availability details. Archos has always been known for its affordably priced tablet devices, so we expect the 97 Titanium HD to follow suite, though we would be eager to know the exact figure.