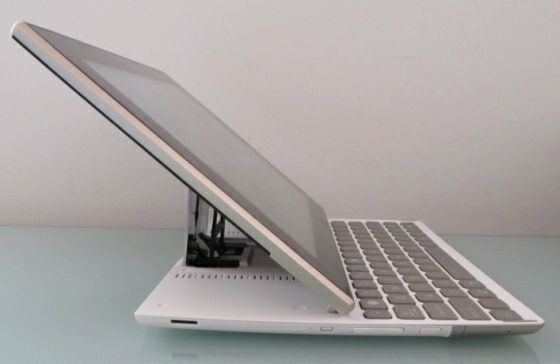 The Eee Pad Slider is another tablet offering from Asus that also incorporates a slide out keyboard. This appeals to those who’d like to have the benefits of a tablet device but also need to type on a physical keyboard. The Eee Pad Slider mimics a mini laptop when the keyboard is fully deployed, but the tablet never garnered the same attention that the Transformer Prime had enjoyed. Sales of the Slider have never been impressive.

Nevertheless, Asus has shown its commitment in supporting the device and has started pushing an update for the Slider that will allow it to run the latest Android ICS. The Slider is pretty late in getting the Android ICS update, but better late than never. Currently, the update is only being pushed via WiFi to residents of the USA. International users should expect it in the coming week. The update will bring the firmware version up to 9.2.1.21.

However, the best way to find that out is hitting the update button on your Slider if you haven’t yet received any notifications. If you received the update, drop us a line and let us know what country and region you are in, so others can check for the update.