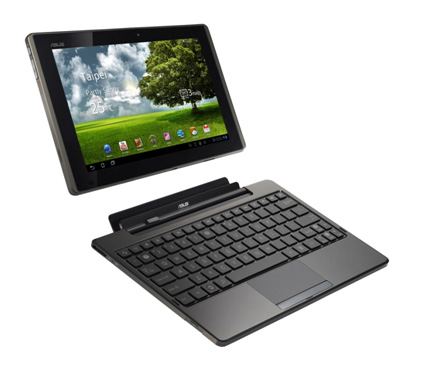 The Asus Eee Pad Transformer is among the better known Android tablets and a truly viable alternative to the iPad, and is all set to storm into the Indian tablet scene. However, while the company is yet to come up with any official declaration, what has emerged is that around the end of July the Transformers could be seen sharing retail space with other tablet such as the iPad 2, Galaxy Tab 7-inch, BlackBerry PlayBook, or the the Flyer from HTC. Other tablets currently available in India include the HCL Me tablets, HTC Flyer, MSI WindPads and the Motorola Xoom.

What makes the Transformer different from the run-of-the-mill tablets is the unique keypad dock which, when attached, makes the tablet mimic a laptop. What’s more, the keypad also nearly doubles the battery life to a commendable 16 hours.

However, there is no information as of now as to what the tablet would cost in India. The Transformer sells internationally at an extremely affordable $399 for the 16 GB WiFi version while the same with 32 GB on board costs $499. If the same pricing structure is maintained, then expect the Transformers to sell for around Rs 18,000 Rs 22,500 for the two versions respectively.