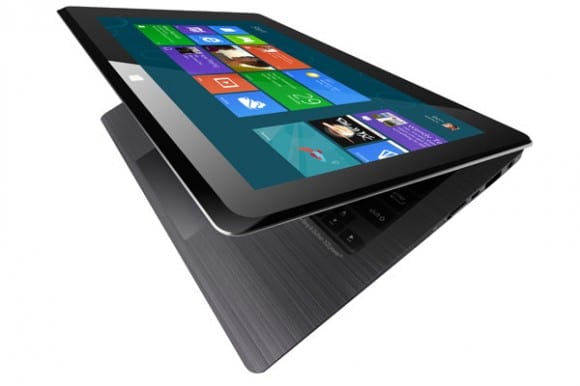 The Asus Taichi tablet concept shown at Computex 2012 is without doubt the most outrageous tablet concept we have ever seen. The specifications are good, as well, and the tablet runs Windows 8 OS. Unfortunately, the one thing about the tablet that can really spoil the party is its price. Unofficial sources concluded that the tablet costs a rather hefty $900 just to manufacture the device, which shouldn’t be too surprising considering the tablet offers two distinct display screens.

The corporate vice president and president of notebook business at Asustek, Hsu Hsien Yueh, had revealed during Computex that the dual sided display of the Tichi itself costs around $300. As a consolation, company CEO Jerry Shen has stated they will explore all options to make sure price is within everyone’s limits.

“With the displays already costing US$300, if the machine has an Intel Core i7 series processor and chipset, another US$230 will be added to the cost, and with other component costs – motherboard about US$50-60; 6-cell battery about US$40; solid state drive (SSD) about US$110; chassis and internal parts about US$80; and Windows 8 about US$90, the total BOM is estimated to reach about US$900 excluding e shipments, retail channel distribution and marketing,” revealed sources to Digitimes. Then the price of the end product when it reaches markets could be 130 – 150 percent of the BOM (bill of materials). With that being the case, the Taichi could end up priced around US$1,300 – US$1,300 depending upon specifications and settings.

So those who have been eyeing the Taichi, you now have an idea of how much to save to actually get the device in your hands.