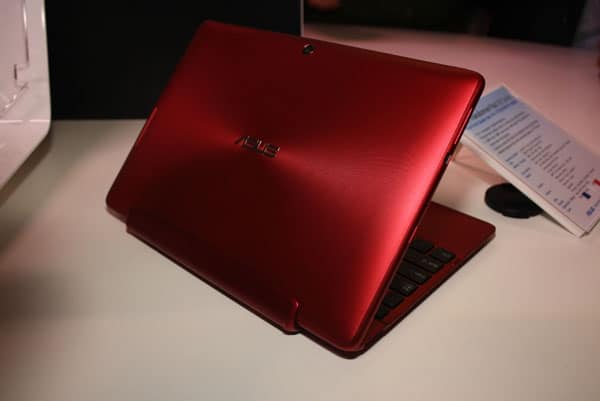 Those who cannot afford the Transformer Prime need not despair. Asus has come along with a cheaper alternative of its Prime in the form of the Transformer Pad TF300. Of course, there are some compromises to be made, but those have been ameliorated with a quite affordable $379 price tag. That amount of money will fetch one the base 16 GB versions, while twice the storage space will see the price jack up to $399. However, while online tablet retailers in the US have been listing the 32GB Transformer Pad for $399, the 16 GB version has yet to make an appearance.

The corners that have been cut to keep costs low include a smaller battery than that on its big brother Transformer Prime. Similarly, the processor on the TF300 is also a bit slower while the Led flash has been done away with completely. Though not as fast as the Transformer Prime, the TF300 comes with a 1.2 GHz NVIDIA Tegra 3 quad core processor. It will have a display resolution of 1280 x 800 pixels, while for connectivity, the tablet is 802.11b/g/n WiFi capable while also featuring Bluetooth 3.1. Other features of the TF300 include a 1 GB RAM, a micro HDMI slot, and a microSD reader for memory extension.

Also, the TF300 will continue with the Transformer legacy of being attachable with a keypad dock which will transform the TF300 into a laptop running Android 4.0. The Transformer Pad TF300 will also come pre-loaded with Polaris Office, which will enable users to get started with Word, Excel, and PowerPoint files on the tablet right away.