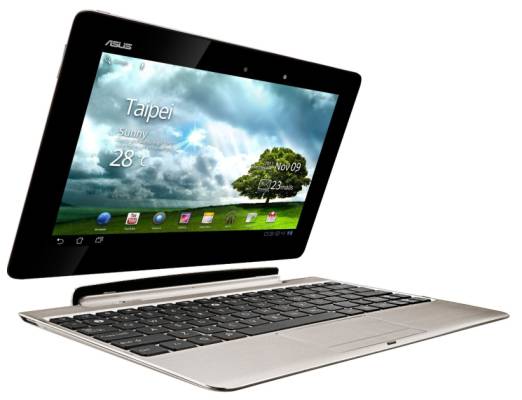 Things seem to be falling into place slowly but surely with the Asus EE Pad Transformer Prime tablet device. So while the other day we were hailing the arrival of the world’s first Tegra 3 quad core tablet PC to the pre-order scene, we were feeling the absence of a keyboard docking station. Thankfully, the latter now has also joined the celebrations.

The keyboard docking station makes this tablet stand out from the others. When the two are attached, this tablet converts into a conventional laptop. Of course there are specific features that come with the docking station, like shortcuts for Android functions and a separate battery that doubles the battery back-up time to a commendable 18+ hours.

Both Amazon and Best Buy are accepting pre-orders for the keyboard labelled Transformer Prime TF201 keyboard dock, priced at $149.99. What this means is that the base 32 Gb version of the Transformer Prime will come out to around $642, which isn’t bad at all.