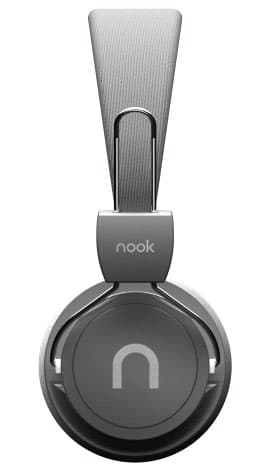 Barnes and Noble is introducing new Nook eReader accessories. The Nook Audio Headphones were revealed on the company’s website, and although details are sparse, they should be used for the Nook Tablet and Nook Color. It only makes sense for Barnes and Noble to offer their own headphones instead of encouraging their customers to purchase these outside the company. Many people tend to listen to audio-books and music on public transportation. Not only that, but when you are watching Youtube videos at night, you might wake your spouse. These headphones are the perfect solution for people who want to listen to audio content on the go, or if you are a parent and can’t handle the 100th time your kid has listed to an interactive kids app.

Update: There are two models of the Nook Audio ear phones now available and both are made by BOSE. There are a cost effective ear-bud model for $19.99 and a headphone version that will sell for $50.00