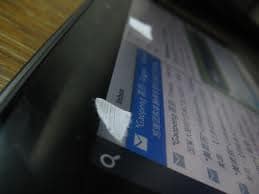 RIM has released a new update for the PlayBook tablet that brings along the usual dose of performance enhancements and improvements for the tablet device. The free update bumps up the OS to version v2.0.1.358 can be downloaded from the PlayBook, and promises a better Android app experience along with improved browser support for some websites. Other aspects with the PlayBook such as Video Chat, PIM, and BlackBerry Bridge applications will also be better off after the update.

The notifications have already been sent out, and if it has still not reached you PlayBook users, check the update section manually to see if the update has arrived.

Currently this update does not prevent Android Sideloading using DDPB, so you can continue to use our own Good e-Reader Playbook App Store.