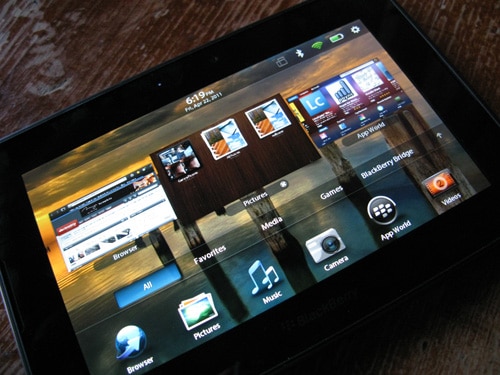 The virtues of having a product priced really affordable is increased consumer acceptance and a greater market share. RIM is all too happy to have hit upon that with the PlayBook tablet device that has gone on to garner a healthy 15 percent market share in Canada. The tablet has been selling really well off late which is in stark contrast to the lukewarm response that the PlayBook had earlier met with. Its market share on home turf was just 5 percent during fall.

Interestingly, the PlayBook could not replicate the domestic success in neighboring US where its the Kindle Fire that is is ruling the roost in the 7 inch category of tablets. This in spite of both the tablet devices being similar priced at $199 (for the base PlayBook version).

RIM has also stated they are committed to the PlayBook OS 2.0 update which they have stated will be ready for a launch ‘very soon’. The update will enable the PlayBook with features such as e-mail, messaging and calendar while also allowing users to runs Android apps via the BlackBerry App World. Its is these along with the discounted price that should have ensured a higher user base for the PlayBook in Canada. RIM meanwhile is already reported to have started with the next generation PlayBook tablet both in its 7 and 10 inch avatars. While all of that is good news, its the OS 2.0 update that we would like to hear of the most right now and the earlier its made available the better.