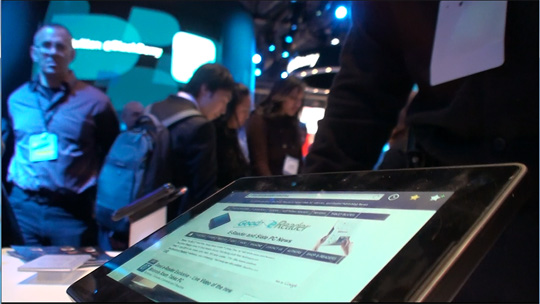 Research in Motion announced today that it will utilize even more high speed networks in the second quarter of 2011. They let us know that they will have direct support for LTE and HSPA + networks later on in the year.

The Blackberry Playbook is launching soon, although it is the WIFI only model with no celleur connection to the internet. So if the basic wireless model is not to your liking, Sprint will be releasing a WiMAX model during the summer time.

Evolved High Speed Packet Access (HSPA+) is used by AT&T and T-Mobile in the United States and Rogers and Telus in Canada. Long Term Evolution (LTE) is the new standard that Verizon Wireless, among others, has started to deploy. Both standards are designed to carry increased amounts of data needed for video streaming and large file downloads at improved speeds.

With RIM announcing today the support for all of these high speed networks, you have to wonder if people are going to hold off buying the device to get a better high speed version mere months later. You can bet carriers and telecommunication companies are not going to want to subsidize a pure wireless only model.