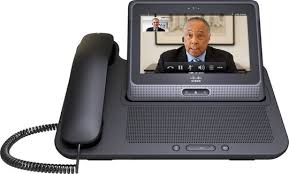 Those from the business community can rejoice in the fact that they soon will have one more tablet PC to choose from. That from a company that is perhaps as close to entrepreneurs as RIM is with its BlackBerry series of smartphones. The Cius tablet from Cisco has been in the making for quite some time now, though it is reaching a culmination stage so that the Cius might be ready for launch by end of this month.

First announced towards the middle of last year, there has been a lot of changes in the entire tablet scenario the world over. So much that it remains to be seen if the Cius can still be as relevant as when it was first announced.

Cisco is optimistic of the Cius and has promised all relevant updates in future so as to ensure the tablet continues to be relevant even in a rapidly changing technology scenario. While the 7 inch tablet comes loaded with Android 2.2 Froyo as of now, the company has promised Android Honeycomb update in due course of time as well as Wi-Fi and 3G as well as 4G connectivity options in future.

Cisco is including its Tele Presence videoconferencing system, WebEx tools, and other Cisco applications including Cisco Quad and Cisco Show in order to enhance the tablet’s appeal among business users.

The tablet has been priced at $700 when bought on a standalone basis and a whooping $1000 when included with other related accessories such as the media station into which the tablet is slotted for a virtual desktop with phone, screen, ethernet ports, USB ports for keypad, headsets, and other devices. Right now the tablet is available via Cisco’s distribution channels, but other retails channels will soon start offering the Cius.