You are here: Home / Tablet PC News / CyanogenMod 7 for the Kindle Fire to be Released this Sunday 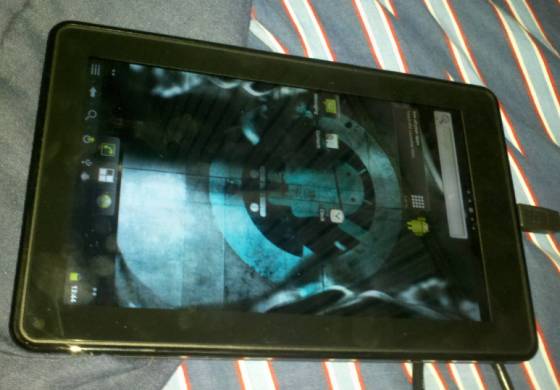 Loading CyanogenMod 7 on the Amazon Kindle Fire would be a reality come Sunday night. For it is on this day that xda-developers forum member JackpotClavin hopes to release all the tools needed to install on the Amazon tablet. What is also encouraging is that the tablet seems to working just fine after the CyanogenMod 7 makeover. Also, with the CyanogenMOD loaded the Kindle Fire will be like any other Android tablet.

However, there is one single issue that worth some considerations prior to shifting to the full fledged installation of the CyanogenMod, that being the Kindle Fire has but one single button on which serves as the power button. What this means in Kindle terms is that one would not be able to access the ClockworkMod Recovery Tool which is needed t replace existing Kindle Fire software with CyanogenMod. The problem has been taken care of introducing some changes to the ClockworkMod Recovery Tool itself so that the first option that one is greeted with is ‘install update.zip from sdcard’ and not ‘reboot system now.’

However, if one wishes to revert back to the old set up, it would not be possible once CyanogenMOD has been installed. Also, there is other similar ROM for the Kindle under development stages. It therefore remains an individual’s decision whether to have on-board CyanogenMod and risk the loss of warranty of the device as well as the official Android OS that comes with the device, or wait for the other ROMs to be out to check a better option.