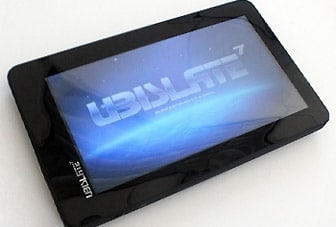 Datawind, makers of the ultra cheap Aakash tablet, has entered into an agreement with Getjar whose apps will now be available on the Aakash tablets. GetJar has in its repertoire a vast collection of 3,50,000 free apps in its app store. This will surely enhance the appeal of the low cost tablets as an app store, and featuring free apps was one thing that was missing from the Aakash package.

Speaking of the development, DataWind CEO, Suneet Singh Tuli said, “GetJar is an established partner with a very large selection of free applications that users can download onto their UbiSlate or Aakash tablets. We’re excited by the added value this brings to our end users.”

The Aakash tablet is no where to be seen, and a meager number of tablets has reached students so far. Issues pertaining to its quality and capability has dogged the tablet so far and an improved version is under development. Datawind had earlier cited an early May release for the upgraded Aakash II, though it isn’t a guarantee if that deadline will be maintained.

GetJar is excited for the venture, though, as is evident in the words of its CEO Chris Dury who said, “Low-cost tablets open the capabilities of applications and the Internet for millions of people. We are happy to help Datawind make free applications and our GetJar Gold program available to these new tablet customers.”

If you want to use your Ubislate II for reading, Getjar has a ton of indie apps in its catalog. You will find no shortage of apps like Aldiko and Moon+ Reader to start loading your own books into.