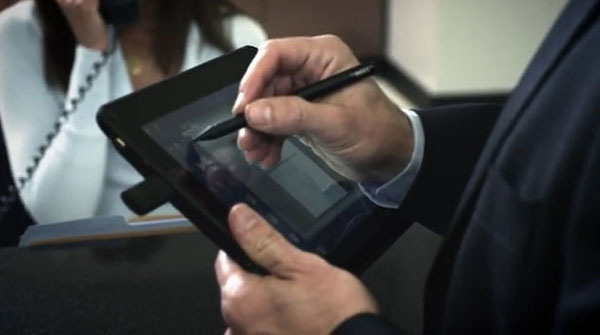 A tablet from Dell running Windows with entrepreneurs as the target audience was forthcoming from the company, though the details were always missing. Not anymore, since a video posted at Dell Malaysia site seems to have spilled the beans.

To begin with, the tablet is named Dell Latitude ST. However, the name should already be known to us thanks to an earlier leak that revealed the Dell product roadmap. The key features of the tablet, as the video has revealed, include USB port, a SD card slot, and a HDMI port. The Latitude ST will also boast of a multitouch display, along with integrated cameras at the front and rear of the tablet. As for the display, the Latitude ST will have a 1366 x 768 pixel resolution.

Also, to make the tablet appeal to its business clientele, the Latitide ST also includes support for a stylus, while security features (a key aspect for a tablet meant for business customers) include remote wipe capabilities as well as system encryption. Then there is also an optional docking station that will place the tablet in an upright position which is ideal for viewing.

The tablet will have a 1.5 GHz Intel Atom Z670 processor with Windows 7 as the operating system. Also, with Windows on board, it makes it easy for the tablet to get into all existing networks.

Other details like battery backup time or the tablet’s release date and pricing is anybody’s guess.