You are here: Home / Digital Publishing News / Powerful Tools for People with Autism 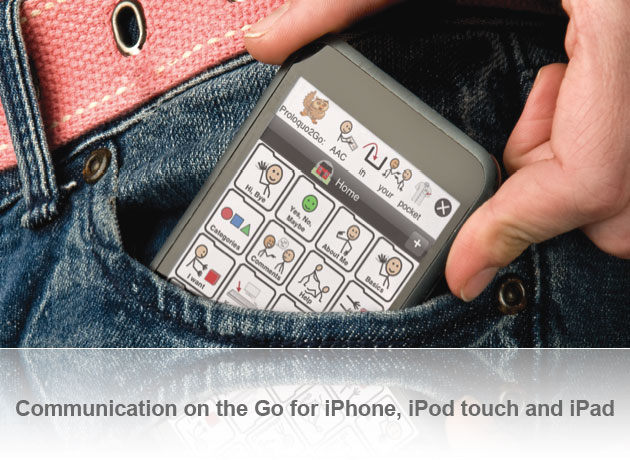 There has never been a better time to be a person who is affected by autism. Whether it is a parent of a special needs child who needs a support community, a teacher seeking the tools to reach a student in her classroom, or the individual himself who falls somewhere on the spectrum, the technology that is available today has translated into greater therapeutic interventions for patients and their families.

Of course, better detection and early intervention strategies have led to more intensive and focused assistance at an earlier age, but the digital tools available for the patient’s support community—especially tablets such as the iPad that have literally hundreds of apps that can enable special needs users—have also meant greater educational access, more inclusion in social settings, and unheard of independence for people with autism.

“The world has mourned the loss of Steve Jobs since his far too young death from pancreatic cancer last Wednesday. For so many parents of kids with autism, however, it felt like we’d lost a champion.

Helping kids with autism wasn’t Jobs’ guiding principle, but the touch screen technology that Apple popularized under his reign changed the world for many of them,” said Stimeyland blogger Jean Winegardner in a recent article. Winegardner spoke to GoodEReader.com about the possibilities this kind of technology can mean for special needs individuals.

“It has been amazing to me how many autistic people, even ones who are not that verbal, can write on a computer or on the internet. The iPad is another tool that can help them with that,” said Winegardner.

In addition to blogging about many facets of her life, this blogger presents insider details on raising a child on the autism spectrum. Winegardner has found a wide variety of uses for the iPad where her autistic son is concerned. She can recount endless instances when having the tablet available allowed her son to engage more fully in a learning activity, or alternately allowed him to withdraw just a little in an overwhelming, overstimulating situation that would have meant leaving if the tablet had not been handy.

Possibly one of the greatest uses for a tablet is the functionality that allows it to replace verbal communication for people with autism who cannot rely on speech. With the right apps, a tablet or iPad can take the place of weighty, cumbersome, and prohibitively expensive AAC equipment. At around $300 for Proloquo2 and even $500 for a basic tablet, it is still more cost effective than a stand-alone communication device.

Still other autistic people rely on PECS, page after page of laminated pictures stored in a massive 3-ring binder, that allows them to point to pictures to communicate or arrange the cards in a sequential order for more advanced sentence building. A tablet could store more thumbnail images than any binder system, eliminating the heft and potential stigma of the cards.

“When my son works on the iPad, other kids flock around him. He’s able to interact with them and talk to them. That spark of friendship is amazing. It’s a great starting point for a conversation that might son might not be able to have otherwise.

“Even if you have trouble communicating, you still have something to say.”