You are here: Home / Tablet PC News / Dingleberry 4.0 On Hold For Now 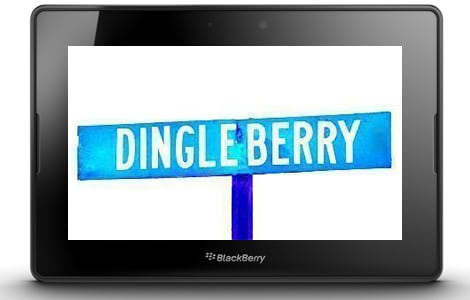 Dingleberry 4.0 is no where to be seen and chances are we might not get to see of it anytime soon for the simple reason that developer Chris Wade has no time to devote to it right now. If you are coming in cold, Dingleberry is the name of the software that can be used to hack the BlackBerry PlayBook OS. However, that was before the PlayBook OS 2.0 was released. So new code has to be developed in order for it work again using the latest version of the operating system. Not to mention, that OS2.1 should be coming soon which has close to 8,000 fixes JUST to the web browser alone.

There is the source code of Dingleberry 3.3.3 still available for free downloading. So those who would like to be adventurous with their PlayBooks can still do so though they will have to revert back to a pre PlayBook OS 2.0 build to allow for Dingleberry to sneak in.

Hopefully, with the new OS2.1 update coming down the pipe, it will seek to address many of the lingering issues found with the Playbook. Word has it the Android Player, Adobe Air and Adobe Flash Emulator will undergo fixes to make it more stable.