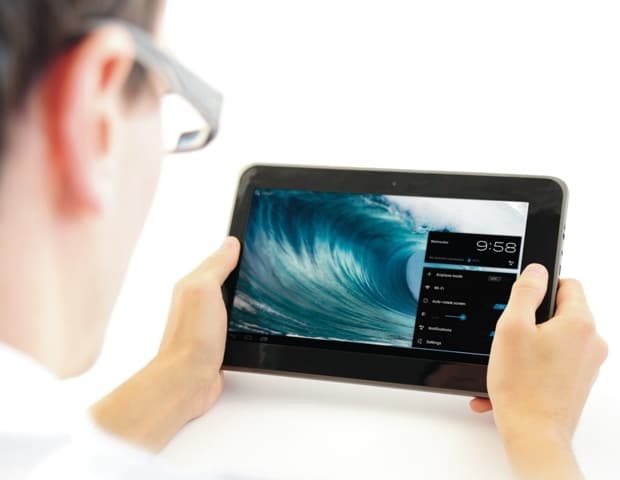 The iPad 3 may be rewriting sales records worldwide, but it can’t be denied that it’s beyond the budget minded consumer’s price range. This is where many a lesser known tablet PCs with acceptable levels of specs and an affordable price tag come in. Take for instance the Disgo Tablet 8104 that comes with a price tag of £150 or $242 in spite of running the latest Android 4.0 ICS.

As for specs, the tablet does not sport a 7 inch display as its price might suggest, but a full 10.1 inch screen having a resolution of 1024 x 600 pixels. At its core, the Disgo tablet 8104 houses a 1.2 GHz Boxchip Cortex A8 ARM processor that works in conjugation with a Mali 400 GPU for better graphic rendering. The tablet has 512 MB of RAM along with an internal storage capacity of 4 GB. The latter though is expandable with the provided SDHC card reader.

The tablet isn’t without its share of shortcomings, though that’s typical of budget tablet devices. So the Disgo makes do with just a single front facing camera while the tablet is also devoid of support for Google Play. One can however purchase their apps from Disgo store or from other stores like SlideMe.

The tablet is expected to be available for sale by the end of this month and seems to be a nice choice for those seeking a budget tablet. Samsung already has launched the Galaxy Tab 2 for $250, but is in the 7 inch category.