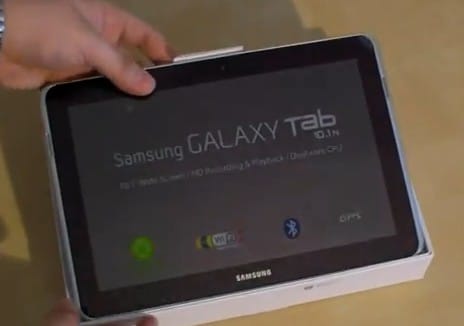 The tides it seems are turning so that Samsung finally seems to be securing a foothold on a ground that till some weeks ago were shaking under the influence of Apple’s legal wits. Not that Apple’s clout is diminishing — the company just reported record sales of the iPad that is not only far better than all other tablets put together but also safely eclipses the total worldwide PC sales of some of the biggest names in the computing industry — but its that the courts may finally be waking up to the fact that the Samsung Galaxy Tab 10.1 is as much iPad looking than most other tablets currently available in the market.

In lieu to this, a Dutch court has ruled in favor of Samsung stating the Galaxy Tab 10.1 cannot be considered an exact clone of the iPad and hence cannot be banned from selling in the Netherlands.

The other cases awaiting disposal between Apple and Germany includes one at Germany which should be disposed next week. Samsung had come up with a modified tablet and had named it Galaxy Tab 10.1N to circumvent the temporary ban that had been placed upon its Galaxy Tab 10.1 tablet device. This had also been immediately contested by Apple and is scheduled for a hearing next month. The Apple vs Samsung though may have reached a conclusion so that Samsung is free to sell the Galaxy Tab 10.1 in that country.