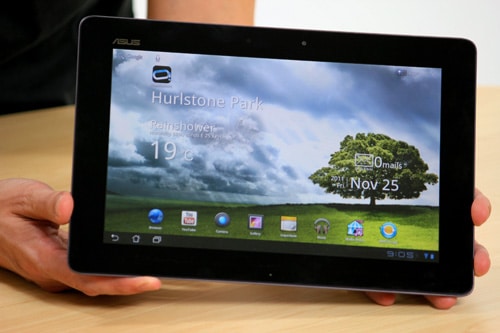 The Asus Transformer was not the greatest tablet ever to hit the market but won over geeks hearts the world over due to the copious amount of updates it received during its life cycle. The second iteration is available for pre-order and a young Portuguese man managed to get his hands on one to review. Some of the features that impressed the reviewer was the Gorilla Glass display that should handle the rigors of traveling and daily life. He also mentioned it was slimmer and lighter then the Apple iPad 2, which should win over people screaming for lightweight tablets. During the course of the video you can see a number of cool features, including the new dock.