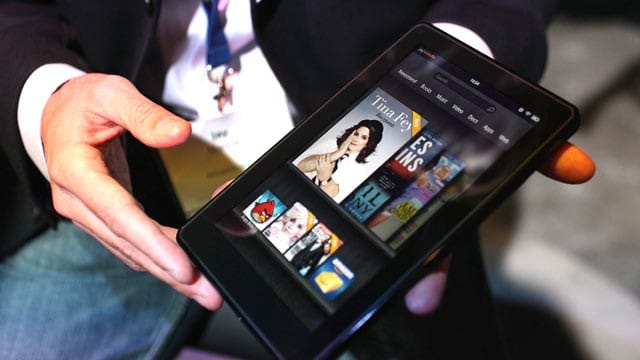 Foxconn Electronics has received a massive order from Amazon to start producing the followup to the widely successful Kindle Fire Tablet. It is apparent that the Chinese company will begin pumping out thousands of the 10 inch Kindle Fire. This new e-reader and tablet hybrid is slated to be released in the second quarter of 2012.

It is obvious that the Kindle Fire has received tons of acclaim for being the second most popular Android tablet in the world. Research firm iSupply noted that the company has sold over 3.2 million tablet since launching in November 2011. The move to a larger screen makes sense not only to compete with the iPad but also have a stronger vehicle for their Streaming Video service. It goes without saying that movies and television shows will offer a better viewing experience on a 10 inch tablet. Don’t forget Amazon has already signed original content producers for the launch of this device. They are making it a point to deliver their own web originals based on successful content creators.