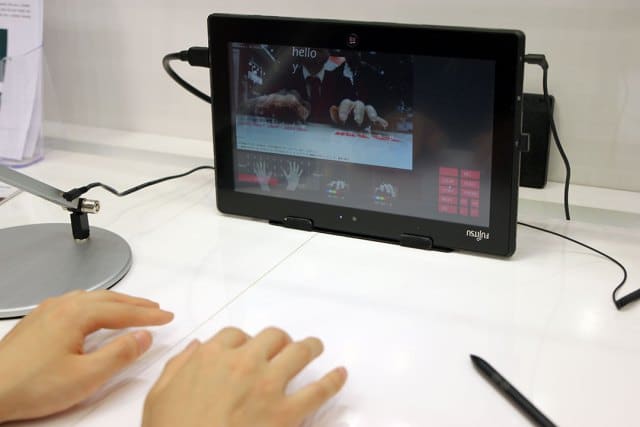 The Stylistic M532 from Fujitsu scores a couple of firsts, the tablet is the first from the company to run Android while also being the first to have been built around the now familiar Tegra 3 chip. The tablet has also been ruggedized enough to take on the rigors of daily usage better than any other mainstream tablet device.

Specification wise, the Stylistic M532 comes with a 10 inch 1280 x 800 pixel display upfront and a 1.4 GHz NVIDIA Tegra 3 Quad-core processor coupled to a 1 GB RAM on the other side of it. The tablet runs Android 4.0 and offers 32 GB of internal storage.

Other features of the tablet include its dual camera: 2 megapixel at the front and a 8 megapixel unit at the rear. For connectivity, the tablet is both W-Fi and Bluetooth 3.0 enabled while also offering a microUSB slot and docking port. Powering the device is a 38 WHr battery pack, which the company claims can run for 8.4 hours.

Lastly, the Stylistic M532 is not just about style and ease of computing; the tablet also boasts of a sturdy build quality that conforms to MIL-STD-810G rating that is generally used to rate products for military use.

The tablet has hit the US market, though the price is a bit steep at $549.