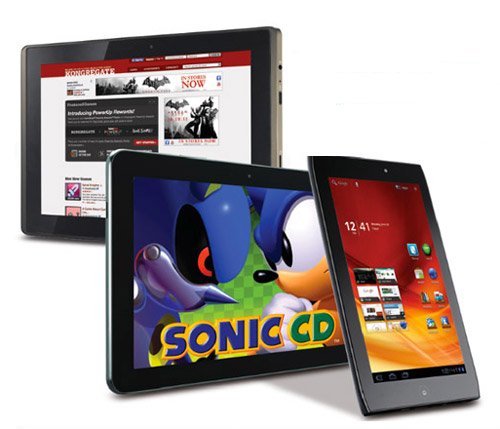 GameStop, the retail chain whose traditional forte has been selling gaming consoles and gaming videos, is changing their business model. The company has leaped into carrying android tablets, since these mobile computing devices have now emerged as the preferred devices to try out the latest video games. GamesStop is wise to have its presence maintained in the tablet sphere as well, and the move is already paying off.

As of now, 1,600 of GameStop locations are offering Android tablets. Besides the market leading iPad, the gaming retailer also offers a bunch of tablets from Asus, Acer, Samsung, and Toshiba.

Also, coming from a retailer that has a commanding presence in the gaming sphere, it is a given that GameStop has pre-loaded all the tablets it sells with a few games such as Sonic CD, Riptide, or the Kongregate Arcade app. As part of its changed marketing strategy, the retailer is also offering downloadable content in stores. Further, if there are any games that you’d like to trade off, those can be used to gain some in-store credit to bring the tablet price down.