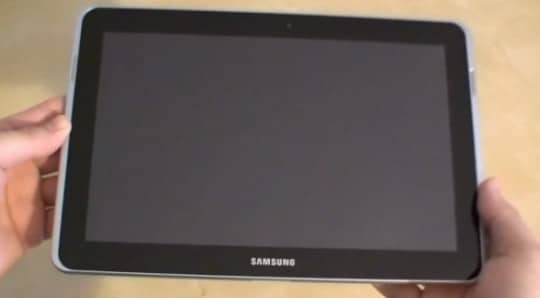 The battle between Apple and Samsung, fought in the courts of Germany, has taken a new turn and Apple is counting the losses. The court has ruled the newly redesigned Galaxy Tab 10.1N does not infringe on any of Apple’s patent rights and its touchscreen technology. Judge Andreas Mueller said while delivering the ruling at the Munich Regional Court: “Samsung has shown that it is more likely than not that the patent will be revoked because of a technology that was already on the market before the intellectual property had been filed for protection.”

Apple had filed a suit against Samsung stating that the technology by which the scrolling effect on the screen occurred had been copied by Samsung. Samsung on their part argued on the basis of the time period that is mandated for a patent was active and hence sale of their tablet shouldn’t be banned before the nine months period has elapsed.

The Tab10.1 N is Samsung’s response to an earlier law suit by Apple wherein they claimed their iPad had been copied in the Samsung Galaxy Tab 10.1. Samsung had tweaked a bit of the outer design of their Galaxy Tab and came up with the 10.1N variant. Now the court has freed Samsung from the ban on the 10.1N model. Samsung has, however, been barred from selling its Galaxy Tab 10.1 in Germany, though Samsung will remain unscathed as it had already stopped selling that particular tablet.