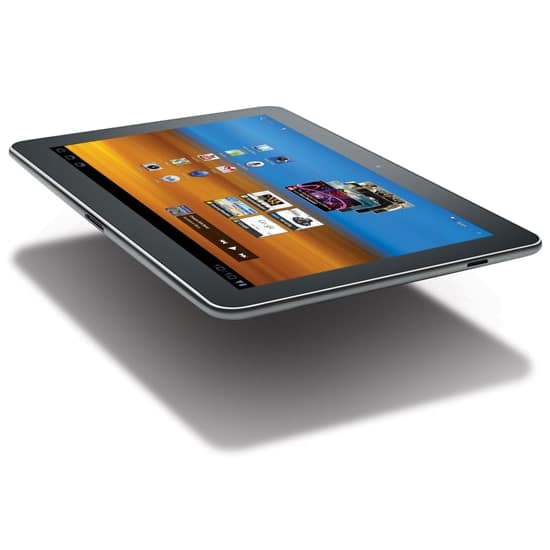 Things have been pretty staid as far as tablet devices are concerned this past week with nothing spectacular coming along our way during the period. The usual Apple vs Samsung battle continues though advantage Samsung is how the legal tussle can be explained right now. However, the battle seems far from being over, more so in light of what Steve Jobs is reported to have said, of going ‘thermonuclear’ against Android. So while the Galaxy Tab 10.1 remains banned in Germany, the Korean giant can continue selling the 10.1N version in that country. This is exactly how Samsung wanted things to go in the largest economy in Europe.

Among other tablet news from Samsung, the company is rumored to be developing two tablet devices that might get to see the light of day at the upcoming MWC event during end February. Meanwhile, the Galaxy Tab 10.1 has been chosen by US Cellular as the debut device to mark the launch of its LTE network.

Among other MCW news, the long awaited PadFone tablet/smartphone combo device may finally be launch during the event at Barcelona.

Amazon has been the other company of repute that made news last week when it finally announced (though curiously without any hype or hoopla) that its Kindle Touch is open to international shipments. Also, its other popular product, the Kindle Fire is the latest to play host to the SlingPlayer app.

RIM hit headlines when it announced it is selling the PlayBook once again at its most famous $199 price tag. The company also dropped enough hints to make one believe the long awaited PlayBook 2.0 OS is on track for the promised Feb 17 launch.

As for the Android 4.0 ICS upgrade, its Lenovo ThinkPad and the HTC Flyer that are set to be making it to the latest Android club. However, the difference is that while Lenovo has announced the upgrade officially, HTC Flyer has been provided with Android ICS unofficially.

Among other tablet news, India saw the launch of 3G capable mTab Neo and Sony Tablet S/P in the country.

As for the rumor of the week, the title goes to iPad 3 which is believed to be powered by a A6 Quadcore chip and will feature global LTE module. Asus made it with a mystery tablet device that is believed to be a new addition to the Transformer Prime line up.