The Google Nexus 7 is the best thing to have happened in the 7 inch tablet category ever since the Amazon Kindle Fire had first lit up the segment at the end of last year. The Kindle Fire is almost history now, and the Nexus 7 has hit all the right chords so far. Surely a super affordable starting price tag of $199 has helped immensely, but also being packed with the latest bits of tech hasn’t hurt. Add to that the recently released Android version Jelly Bean and what you have is the latest hardware and software at rock bottom prices. 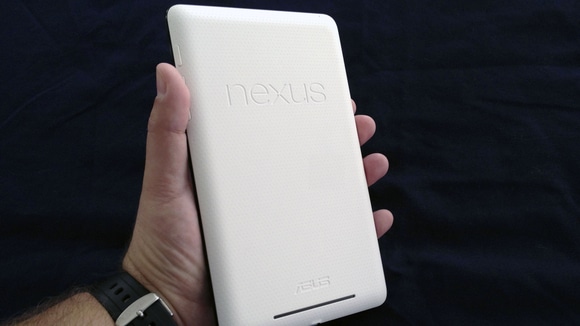 The Nexus 7 is an absolute stunner. It has a textured rubbery back with the Nexus logo engraved in bold letters, lending a sense of strong character to the device. A metallic trim further adds to the design, though the bezel around the 7 inch display might be considered a bit too thick at the top and bottom of the device. Overall, the design is simplistic yet classy. A lone power/sleep button makes up the front, with a volume rocker switch finding place along the side. A microUSB port and a 3.5mm jack are both included along the bottom.

The tablet’s front consists of a 7 inch capacitive touch screen Corning glass display with a resolution of 1280 x 800 pixels. This translates to 216 ppi, which is respectable in its own right, though less than the corresponding figures for iPad 3. However, while images rendered are sharp and a pleasure to view, it can still be considered a bit less striking than the AMOLED displays we have been seeing lately. Viewing angles are quite impressive though, which means you can share the display with a few others when, for example, you are watching a movie. The speaker at the back is a single large unit, and while they are perfectly satisfactory, its best when external speakers are brought into the picture. 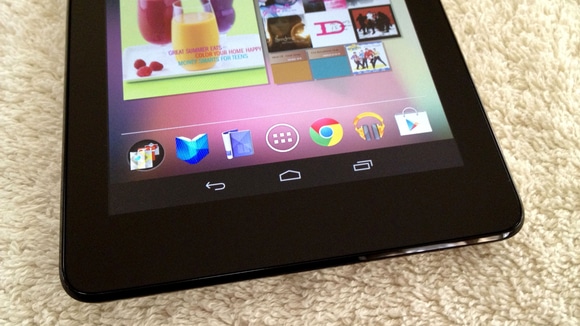 The star attraction here is the Nvidia Tegra 3 quad core chip rated at 1.3Ghz. Assisting it is a 1 GB RAM, while on-board storage amounts to either 8 or 16 GB. All of these figures translate to zippy performance with virtually no lag time. Whether it is handling HD movies, 3D games, or general tasks such as web browsing, the Tegra 3 backed Nexus 7 handled all with ease.

However, while most tablet makers have tried to cram their devices with the best of photography hardware and supporting software, Google has steered clear of that. The Nexus 7 only has a 1.2 megapixel camera that can be found at the front, which should be enough for video chat. The camera is also capable of 720p video recording.

The tablet measures 7.8 x 4.72 x 0.41 inches, which shows the Nexus isn’t out there to vie for the thinnest tablet award. Rather, it’s functionality that the tablet aims to achieve. 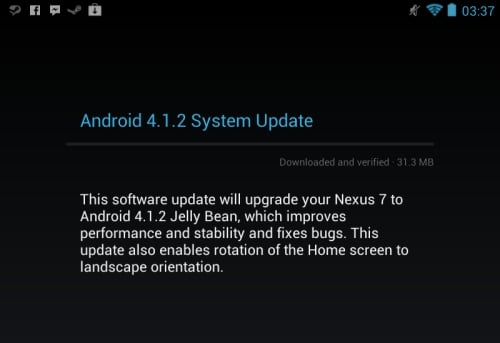 The Nexus 7 simply excels on this aspect and is the only tablet right now to run the latest Android 4.1 Jelly Bean. It’s a bold step ahead of the Android ICS and does make things a lot more simple and effective. Jelly Bean incorporates a number of important improvements over the Ice Cream Sandwich it is built on. The Nexus tablet owes much of its ultra smooth performance to the Project Butter initiative that has made the Jelly Bean sheer fun to work with. Also, for a product from Google, it’s only natural for the Nexus 7 to come pre-loaded with  Google software, such as the Chrome browser, Gmail, Google+, and YouTube.

Users will also have access to the TegraZone, Nvidia’s very own gaming zone that is available exclusively to users of Tegra hardware.

An earlier post, What Is Jelly Bean?, will let you have an in depth view of the new Android version. 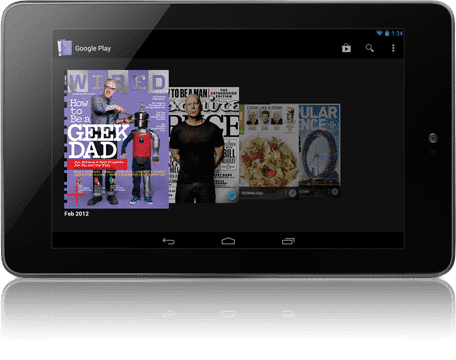 The display is bright, clear and vibrant. Needless to say, ebook reading is a fun experience on the tablet, something that is aided further by the easy availability of million of titles from the Google Book Store. The tablet’s compact dimensions and light weight make ebook reading easy and convenient. The wide viewing angles will also let you settle down in a comfortable position without have to worry about the holding it directly in front of your face.

A 4325mAh battery unit does good work. An 8 hours of runtime for “active use” is pretty decent, especially for a Wi-Fi enabled device. 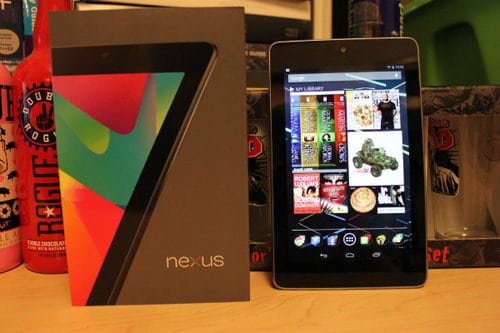 The Nexus 7 marks Google’s first entry in the hotly contested tablet segment. However, Google has never been into developing the hardware aspects and has left it to Asus to churn out the tablet. Asus has always been known for delivering high quality products and has lived up to its reputation with the Nexus 7. So what you have with the Google tablet is high quality hardware loaded with the best software, while still being priced at just $199 and $249 for the 8 and 16 GB versions. No one is complaining (except Asus, though as it had to comply with the stringent Google specifications with the little financial freedom they’ve been allowed to operate in) and the stupendous response the tablet is ample proof of that. The standard here was first set by the Kindle Fire, though the baton has clearly passed on to the Nexus 7. The tablet has surpassed the Kindle Fire, though the same might not be applicable to the iPad 3. Then again, the Apple and Google tablets are from two completely different genres and might not be seen as poaching on each others’ markets by a huge margin. So if you are looking for a tablet in the budget segment, the Nexus 7 is the device to buy. Amazon will come back hard with the Kindle Fire 2, though that won’t be market ready for some time. Until then, the Nexus 7 is the king among the 7 inch tablet brigade.

Below is a Nexus 7 unboxing video: