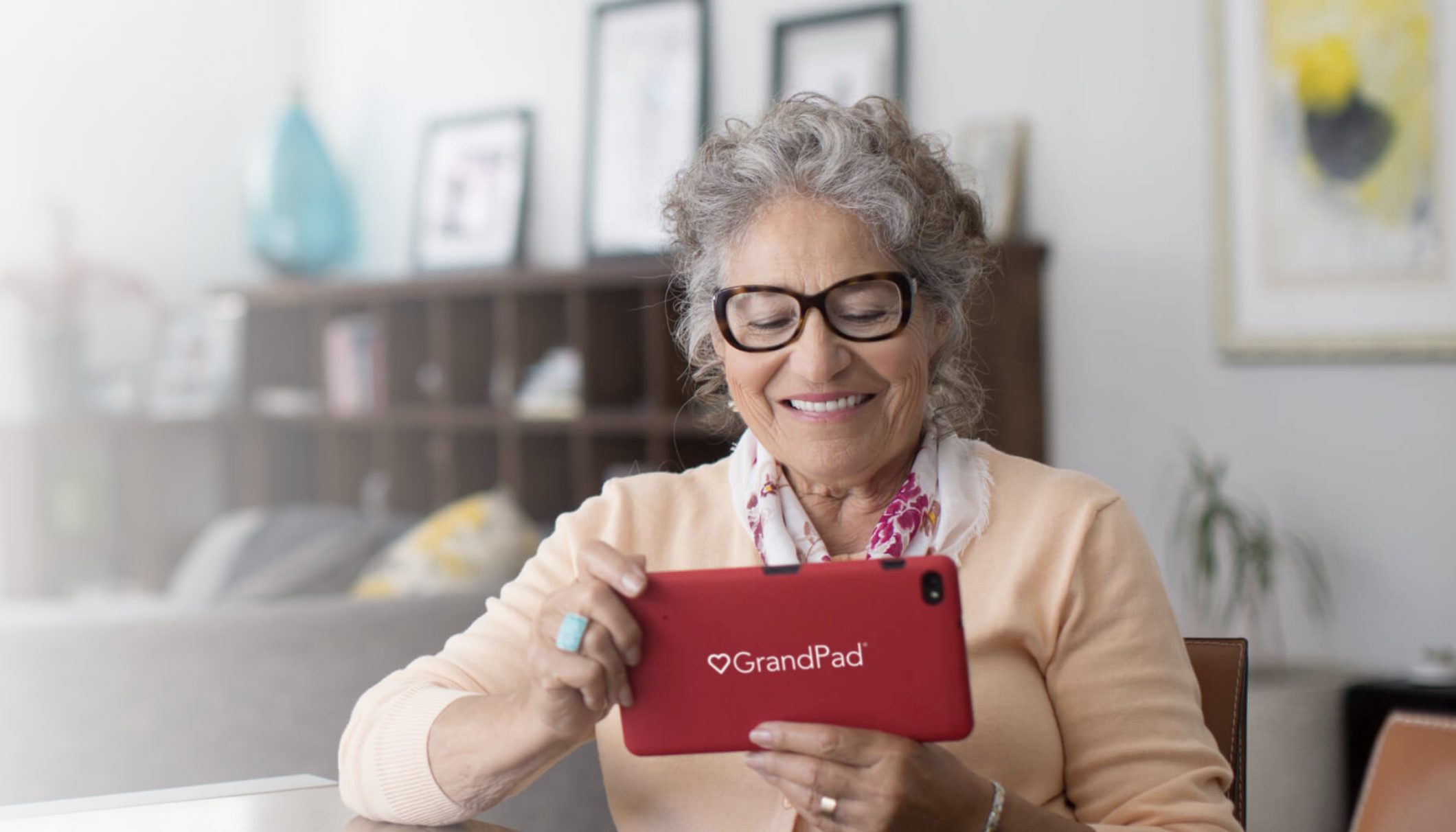 The rapid advancement in technology is no doubt a boon but only for those who can make the most out of it. Unfortunately, senior citizens who are well past their prime rarely fall in the above category. Ironically, it is technology itself that has come to the rescue of the seniors in the form of the GrandPad tablet.

Now, there is nothing too revolutionary with the GrandPad. Rather, it’s just that the tablet has been optimized for operation by seniors who may already be suffering from cognitive and motor skill disabilities. The tablet works around those shortcomings by the use of extra large icons along with voice texting and captioning features. That is not all but video calling has also been made a lot simpler as well.

The GrandPad also makes it easy for the seniors to listen to music or play some games. They can also get along with some reading as well or share pictures with their near and dear ones. The tablet also comes pre-loaded with the apps that the user needs along with the user’s preferences and contacts. All of this makes the tablet useable right out of the box itself. Buyers will have to sign-up for the GrandPad subscription to avail of the device.

To keep things simple, the tablet retail box comes with all that is needed for operating the device. That includes a wireless charging station that also serves as a tablet holder as well. This will save the user from having to deal with wires each time the tablet needs to be recharged. The tablet comes encased within a smart case while a stylus is provided too for ease in operation.

Further, signing up for the subscription will lead to the establishment of a family network around the user. What that means is the authorized family member will have unhindered access to the GrandPad and will be able to make changes such as updating phone numbers, changing setting options, and other features via the companion app or through the web portal. Each member will be able to share comments, photos, and such and will be able to view what others in the group are sharing.

Also, it is the family network that can be considered the most vital feature of the GrandPad as this makes the senior citizens remain connected to those who matter the most to them. With advancing age and deteriorating sense of hearing or vision, it’s easy for them to feel alienated from others in the family. This can cause an accumulation of stress or depression within them, leading to a host of other ailments. However, with the family network, a simple ‘Hi’ or other acts like sharing of pictures can work wonders.

Coming to the price, the GrandPad can be bought by paying $79 a month as per the monthly plan or $58 a month for 12 months as per the annual plan option. What’s included is the device itself along with all software support and cellular data. The support staff is available 24/7. The price is inclusive of device insurance that pledges to replace the tablet in case it breaks.