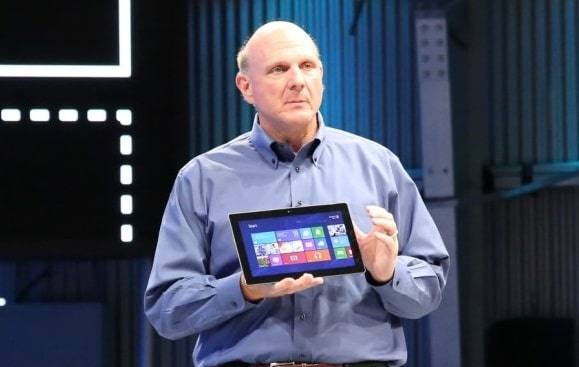 In the beginning of June, Microsoft surprised the world by launching its Surface line of tablet devices. However, Microsoft’s move has also taken its hardware partners by surprise, with some criticizing the development. Acer kept themselves limited to criticizing the Surface itself, claiming it might not make it big. Hardware company HP has gone one step beyond by announcing they are giving up on their Windows RT tablet plans, though HP has stated that they stand committed to an Intel based tablet running Windows 8 with businesses as the targeted client base.

“The decision to go with x86 was influenced by input from our customers,” HP sources revealed while also adding; “The robust and established ecosystem of x86 applications provides the best customer experience at this time and in the immediate future.”

Industry watchers though claim HP might have been miffed by Microsoft launching a Windows RT based Surface tablet of its own, even though HP is downplaying the threat posed by Surface running Windows RT and is claiming their decision to abandon the Windows RT platform has nothing to do with the Microsoft tablet. Another reason, though (again not confirmed) by HP is that the high licensing fee amounting to about $90 per unit could also have played its part. Manufacturing a Windows RT based tablet would have put them in a cost disadvantage vis-a-vis Microsoft whose Surface will invariably be lower priced as they won’t be required to pay the fees. Further, there are also rumors of Microsoft having relaxed restrictions for Microsoft engineers while designing the Windows RT tablet while requiring their hardware partners to strictly adhere to them.

Some sources also claim the Surface line of tablets is actually the outcome of all the ideas and designs Microsoft has absorbed while working with its hardware partners, but with all the shortcomings removed.

HP has had a disastrous first inning with the WebOS powered HP TouchPad and will surely think twice before it gets involved into another tablet venture. The company continues to have a presence in the business oriented tablet sphere with the Slate II running Windows 7. A Windows 8 based tablet would be a natural progression on that front and a safer bet than launching a consumer oriented tablet running Windows RT that would be pitted against the iPad on the one hand and the Surface on the other.