You are here: Home / Tablet PC News / HTC Makes a Strong Push to Get Back into Tablets 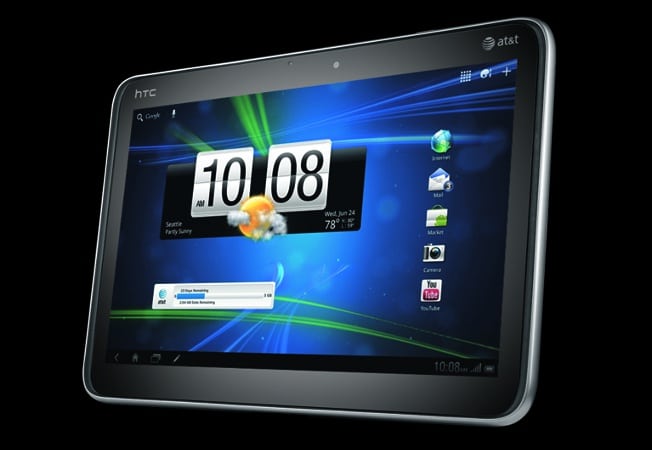 The Flyer marked HTC’s first attempt at the tablet segment, though it surely won’t be the last. HTC has let out the confirmation that its next device will be powered by a quad core chip and feature a HD display. Specifications currently available right now give us a tablet named HTC Vertex, powered by a 1.3 GHz NVIDIA Tegra 3 quad core processor. The tablet will have Android 4.0.3 as its OS and will include a display of 1280 x 800 pixels.

There would also be a less capable tablet device for the price conscious segment with slightly reduced capabilities in the form of a 1.5 GHz Qualcomm S4 MSM8960 dual core processor along with a 1920 x 1080 pixel display.

However, all of the above specifications have yet to be officially confirmed, though we do know tablet plans are afoot at HTC. Also, the Taiwan based company had earlier been kept away from the initial round of those developing a Windows 8 based tablet.

The Flyer was never a bad device and also included a stylus that made it to stand out of the tablet clones, though the device never got picked up in credible numbers thanks to the insanely high pricing strategy HTC followed with the tablet.

HTC have also promised they have something very special to show off with their upcoming tablet, hopefully making the wait for the new device worth it.