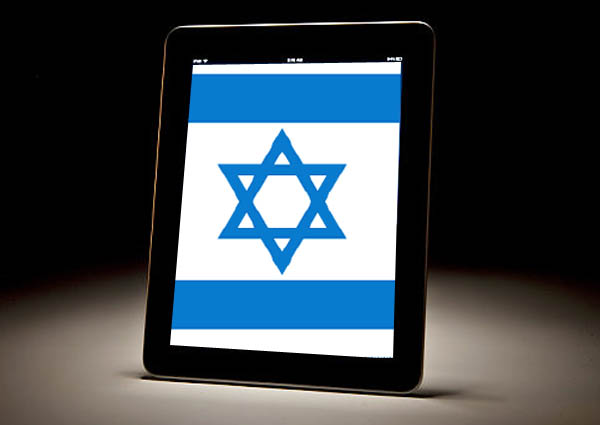 The latest Slate PC News has Israel now ending its ban on Apple’s iPad for now.

The country had banned imports of the iPad, which was released in the US earlier this month, because of fears its wireless signal could disrupt other devices. At least 10 iPad’s were seized at the country’s international airport during the first few weeks of imports.

One of the first people to lose an iPad to Israel Customs was El Al flight attendant named Alona Gur. She told Time in a recent article; “I was in New York and I checked with the Israeli customs to see if it was O.K. to bring one, and they said, ‘Sure, just go through the red channel [declaring it at customs] and pay the taxes,’ “Two days later, I arrived at Ben-Gurion [Airport] and did exactly as they said, but that morning the Ministry of Communications ordered them to confiscate all iPad’s.” She continues, “It’s crazy. I feel as though I live in a fourth-world country. And the customs are charging me 45 shekels [$12] a day for storage until I can take it back to America.”

The official word on the iPad ban came from the Israeli Communications Ministry, who had reservations that the Apple iPad might disrupt sensitive military networks and equipment, as well as, local Wi-Fi networks. After much back and forth consulting with Apple and many different European communications ministries, the ban was lifted earlier today.

No technology exports from inside or outside the country seemed to be buying the explanation that the ministry was concerned that a device that used American Wi-Fi power standards, rather than the European ones. For example, the iPhone and many popular laptops use the same American Wi-Fi standards without a fuss.

The real story on the ban is dispelled by a prominent Israeli born Journalist whom had been doing public relations with the national Defence force named Aharon Etengoff. He breaks the news that Apple’s Israeli distributor, iDigital, is run by Chemi Peres, the entrepreneurial son of Israeli President Shimon Peres. “Clearly, iDigital wants its lucrative cut of every iPad brought into the country — which it will undoubtedly receive when a modified European version of the iPad is approved for import over the next two or three months.

So iDigital is making no money off of the influx of iPad’s entering the country, but when the new European iPad Wi-Fi model comes out, they will make some lucrative royalties. Which is why they had tried to stem the tide of iPad’s entering the country and planting the seeds into its population that the current iPad poses a risk to their national security. Their backtracking on the ban on iPad’s announced yesterday appeases many Apple executives.

For now, you can now safely bring iPad’s into the country, but the Israel blogosphere is encouraging people bringing it into the country to declare the item in the green zone instead of the encouraged “red zone.

Keep tuned to this space for more on the iPad as well as the latest e-reader news.

Then E-Readers as well as Tablet or Slate PCs is what the Good E-Reader Magazine is all about. So make sure you subscribe if you don’t want to miss all that is happening in this exciting segment.