You are here: Home / Commentary / J Allard to leave Microsoft after his Courier Project was Thwarted 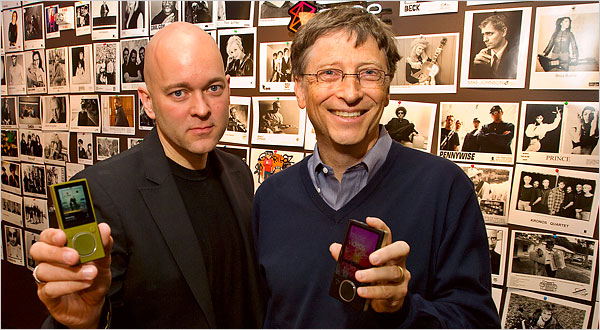 Chief Technical Officer of the canceled Microsoft Courier project, and of the XBOX and Zune team J Allard is taking a leave of absence from Microsoft due to butting heads with CEO Steve Ballmer. Allard was “the champion” of the Courier, and believed wholeheartedly in its success in the market, but big boss Ballmer did not feel the same way.

The Microsoft Courier was a research and development project at the Redmond offices and many projects that make it to the late prototype stage or incubation phase usually see some kind of market release, but this is not always the case. In a meeting of the Top Brass at Microsoft, the CEO Steve Balmer passed on the Microsoft Courier. Allard is none too pleased with these developments, as he saw the Courier as the future of computing and thought Microsoft was passing on a huge opportunity to get into the Tablet and Slate PC market.

A ZDNET contact reported that “Allard was a key guy on Xbox and organizationally he was set up to drive innovations like Courier. He was one of the few there that really was willing to think outside the box and has people working on top secret projects off the main campus….He was regarded as being a bit (Apple CEO Steve) Jobs like in that he understood the importance of design, not just function. Hence if he departs Microsoft would lose an important design advocate and innovator.”

In the interim, although Allard has left Microsoft, but not officially quit, his bio page is still there, Microsoft has attained a replacement. According to the Microsoft website Todd Holmdahl the Corporate Vice President of Gaming and the XBOX Product group has a great new job title; Corporate Vice President, Interactive Entertainment Business, Incubation. Not only is Todd involved with the XBOX and gaming projects he also spear headed the development of Project Natal.

No one knows the future of J Allard; he has threatened to leave the company many times in the past, and the death of a pet project to serve as the catalyst to spark a departure. Exiting the company would be a significant loss for Microsoft, which has seen much of its recognizable talent either retire or jump ship to major competitors like Google. He is a very talented guy, who is responsible for some great products and gadgets.
Many people will agree that the Microsoft Courier would be a great device, and many geeks were excited about the possibilities. Internally at Microsoft there was lots of support from programmers to make SDKS and more code to allow the Courier to have lots of functionality.