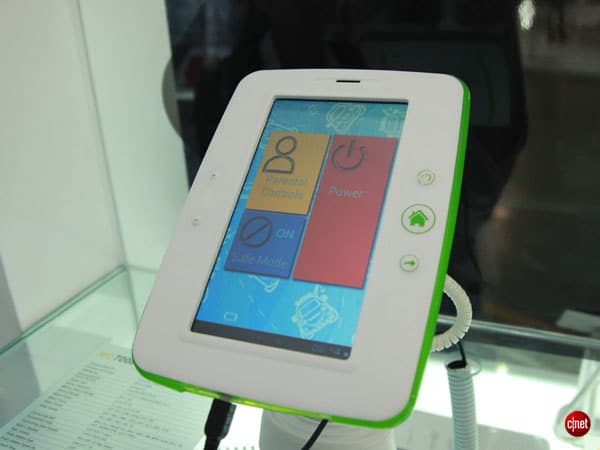 For those who might have thought that Computex was all about the latest gizmos for the grown ups, there was also the Android tablet for kids from Gajah. The tablet is an early prototype, but sports some nice specs.

The display is 7 inches, though as with most other tablets of its genre, looks a lot bigger owing to the thick cladding that has been provided to ensure the device continues to operate even under harsh treatment. Further, the tablet runs on Android 4.0 and includes features that make it very kid friendly. This comprises of colorful wallpaper while the user interfaces a simple with the icons large in an easy to read format.

Behind it all lies a 1 GHZ processor along with half a gig of RAM. Storage capacity of the tablet would range up to 32 GB.

The Singapore-based Gajah International has to its credit several award winning tablet and e-book reader prototypes and the latest tablet designed for kids could well be another feather in its cap.