You are here: Home / Tablet PC News / Lenovo LePad to be launched in December 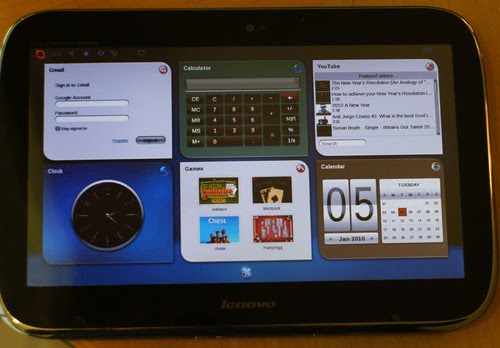 Lenovo had stunned the tech world with its IdeaPad U1 Hybrid device that combines a traditional netbook form factor as well as a tablet that is completely detachable from the netbook clamshell. It was an interesting device to say the least and consumer interest on it never waned ever since it was first showcased at the CES early this year. However, confirming what can be termed as every tech enthusiast’s worst nightmare, the device never made it to the market what with Lenovo putting the IdeaPad on the backburner for a while.

However, the good thing is it’s back in the news again, though not without a rider. The IdeaPad will be launched but it will be confined to Chinese shores only, again for the time being. But before that, Lenovo will be out pampering the holiday crowd with the LePad, the tablet portion of the IdeaPad with the entire thing, the IdeaPad coming next in line.

“We’ll see stuff even before the end of the calendar year, initially in China,” revealed the Chief Operating Officer at Lenovo Rory Read, while also adding that Lenovo wishes to reach out first to the developing markets and then following with more developed economies.

The specification part is being kept under wraps, so it’s not known what will be on the other side of the 10.1 inch screen. It was an ARM CPU and Skylight Linux OS that was being associated with the IdeaPad during this year’s edition of CES. However, it’s an Intel Core 2 Duo processor along with 4GB of DDR3 RAM, 128GB SSD and even Windows 7 is being talked about for the IdeaPad. For the LePad, Android will be the default OS. The version of Android is not revealed, though it might be Gingerbread considering Google will also be releasing the Android version during that time. Rumor has it that the LePad might also include a 16 GB flash drive and 512 MB of RAM.

Perhaps the world’s number four PC brand is awaiting another CES to reveal it all, what many consider as the most exciting computing device to see the light of the day.