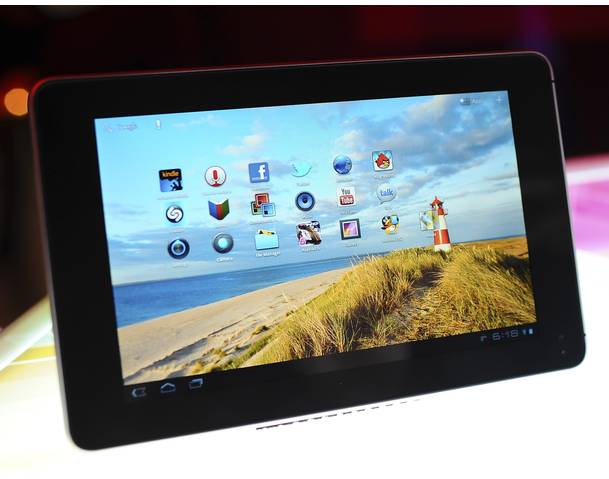 Tablet buyers in India now have one more option in the form of the MediaPad from the Chinese manufacturer Huawei. The tablet runs on Android 3.2 Honeycomb and has been priced at INR 28,359. However, exact launch date of the 7 inch tablet is not yet known but it would have 3G connectivity right from the start.

Other features of the tablet include a 1.2 GHz Qualcomm dual core processor along with Android 3.2, Honeycomb as the OS. It is a dual camera device with a 1.3 megapixel camera at the front while integrated at the rear is a 5 megapixel unit. The device gets its power from a battery of 4100 mAh rating. This tablet had been first heard of at the CommunicAsia event held in Singapore back in June this year. However it had not been specified then, as to which country would be getting the device first.

The tablet comes with 16 GB of internal memory with a microSD card slot for further expansion. It also has HSPA+ connectivity and is capable of playing back 1080p quality videos while recording videos of 720p quality. Also, while the MediaPAd with a price tag of Rs. 28,359 might seem a bit on the costlier side, more so for a tablet with a 7 inch display, there is also no ignoring the fact that the tablet is the cheapest to come with Android Honeycomb OS and 3G functionality. Other tablets in this price range have only Wi-Fi facility. Aircel is already offering 3 GB of free data usage for the first three months on the Mediapad.

However, while Huawei is positioning the MediaTab as a rich entertainment device with a lot of other functionalities built into it, what remains to be seen is whether the MediaPad scores as a suitable e-book reading device as well. While one can get a lot of e-book reading apps from the Android Market as well as from the internet, Huawei has so far not announced whether the tablet will have support for other Indian languages, a key factor for positioning the MediaPad as an e-reader as well in a multi-lingual country like India.