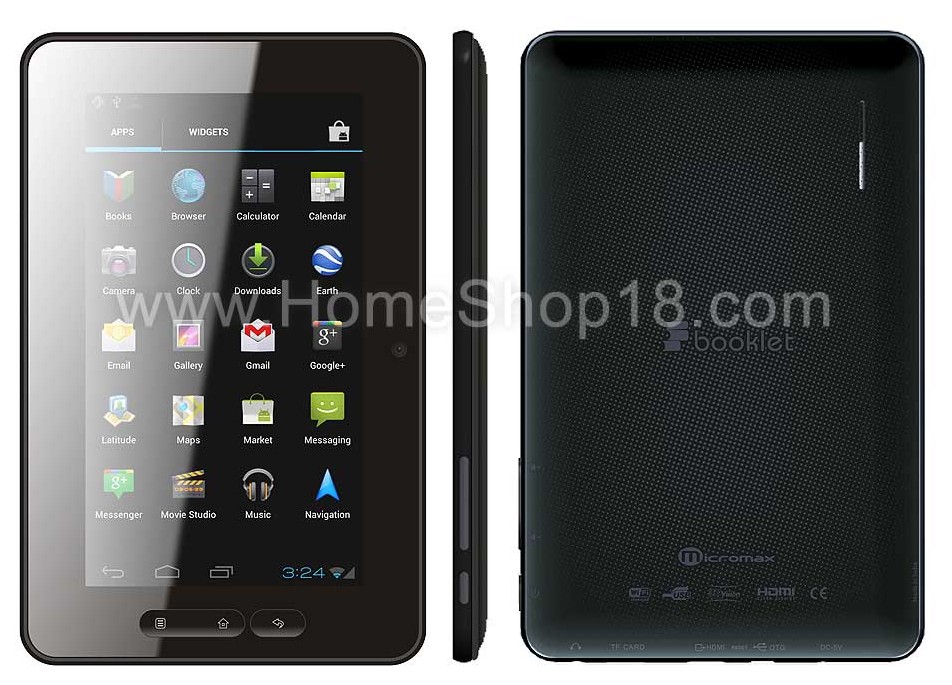 We all know Micromax is in the process of launching an Android ICS tablet though the details were missing so far. The tablet has however made a surprise appearance at the HomeShop18 site and the image does point towards a nice looking tablet device. The price being mentioned is nice too, for at INR 7,999 the P300 — as the tablet is called — does call for attention.

As for the tablet’s specifications, the P300 comes with a 7 inch capacitive touchscreen upfront and will pack in a 512 MB RAM along with a 4 GB internal memory. Its not known however as to what processor the tablet will have at its core but is being touted to have a run time of around 4 hours.

Also, the tablet is currently listed as offline at the HomeShop18 site but is expected to go live soon.