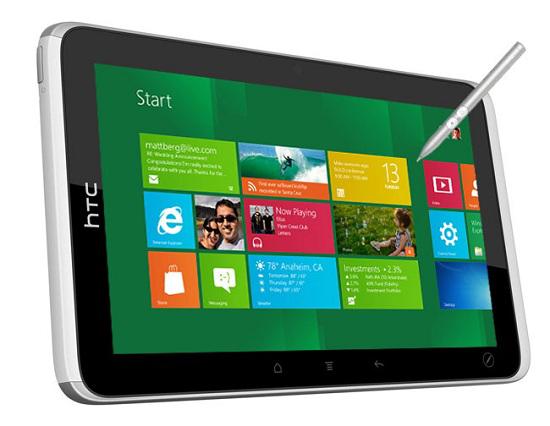 The Taiwan based Hi Tech Company, better known as HTC, has been struck off Microsoft’s favored list of companies allowed to build devices based on the Windows 8 platform. Microsoft opines that HTC does not make enough devices and lacks experience with tablets. This is critical for Microsoft when it is up against established players such as iOS and Android. HTC has only had two tablet devices up for sale so far, both of which were Android based and had failed to make a mark.

Another factor that did not seem to have worked in HTC’s favor is its intention to customize the OS, perhaps along the lines of its Sense UI as seen on Android devices. Microsoft seems to want to maintain a tight leash on the number of ARM based devices using Windows 8 during the initial phase of the operating system’s launch. Any any sort of customization of the Windows 8 OS is not allowed to ensure compliance with the highest quality standards.

However, this does not mean HTC has reached the end of the road as far as Windows 8 based devices are concerned. It’s just that the Taiwanese manufacturer has been shut out of the first round of releases based on Microsoft’s next gen touch friendly OS, which means HTC can always join the party at a later date. Microsoft has stated it considers HTC as a strong partner. There is no comment available from HTC on the issue but have said, “HTC intends to support future versions of Windows and isn’t commenting on the details of its product plans.”

Until then, there won’t be a tablet device from HTC running Windows 8 and it’s left to the likes of Samsung, Acer, Asus, and others to feature Microsoft’s newest and most ambitious OS version so far.