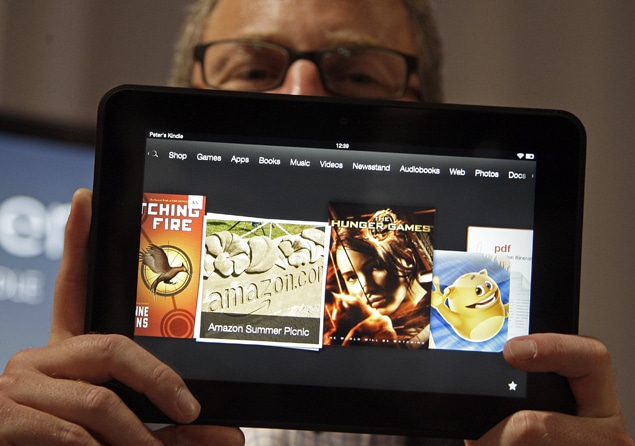 We were live yesterday in Santa Monica and got some great hands-on video reviews of all the new devices. There is the new Kindle Fire 8.8 inch and the Kindle Fire 2, which should be huge this holiday season. There is also the revamped Kindle Fire at a reduced price. One thing Amazon failed to mention during the event was that ALL models had advertising on the lock screen and spread throughout the device.

Advertisements on your e-reader or tablet screen is something Amazon is trying to make the norm. For the last two years the company has pioneered the “Special Offers” aspects of its business, serving you ads on the screensaver and home screen. All new models of the Kindle tablet will have advertisements displayed to you in a variety of ways.

You will be able to disable the ads on your unit for a one time fee of $30 and there doesn’t seem to be a way to just buy a non-advertisement supported version.