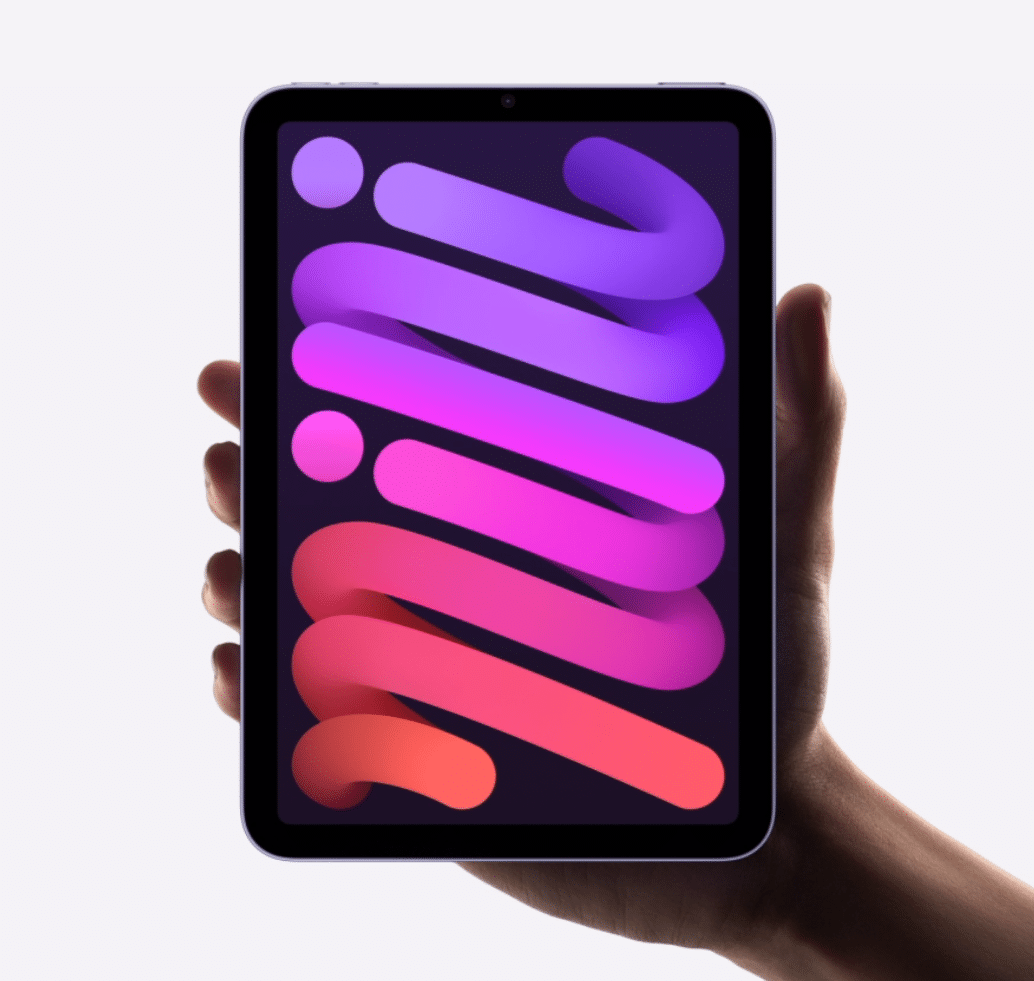 The new iPad and iPad Mini are finally here. Essentially, these make for the 9th generation iPad and the 6th generation iPad Mini, and the launch pretty much confirms what was already being speculated for months preceding the launch. That includes an A13 Bionic chip for the regular iPad that Apple said allows for a 20 percent bump in CPU and GPU performance. Apple is also claiming the new iPad is six times as powerful as any Android tablet out there. However, it is the iPad Mini 6 that makes for the more interesting development and now features the latest A15 Bionic chip that also makes it 5G-ready as well.

Here is a brief low-down on each device. 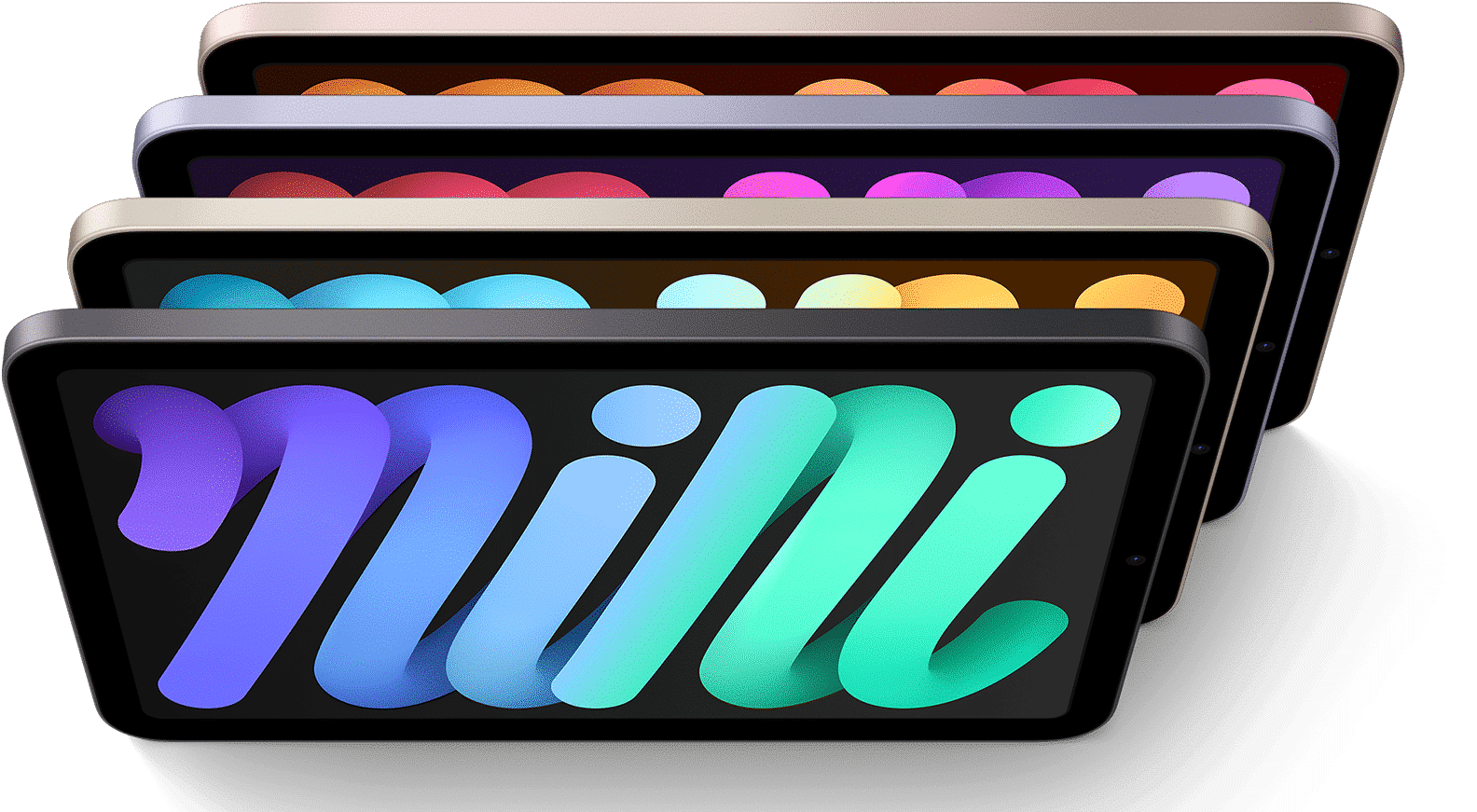 The iPad Mini has gone for a complete makeover and conforms to several superlatives, it being the largest and fastest it has ever been so far. There is an 8.3-inch Liquid Retina display this time in place of the 7.9-inch display that the earlier models came with. Bezels are thin and uniform on all sides, similar to what we have seen with the iPad Pro range.

Powering the tablet is the latest A15 Bionic chip that Apple said allows for a massive – 80 percent – performance bump compared to its predecessor. The new iPad Mini will also have support for the second-gen Apple Pencil as well while there is going to be a Smart Folio case too that makes it an extremely capable device for work and play in a portable form factor.

The tablet will be running the latest iPadOS 15. Apple is also claiming an all-day battery life too though, in another interesting development, there is going to be a 20W USB-C adapter for faster charging times. The adapter is going to be part of the retail package as well.

For optics, there is a pair of 12 MP cameras at the front and rear. The front gets an ultra-wide-angle sensor with a 122-degree FoV and supports the Center Stage feature as seen on the iPad Pro. The rear 12 MP cam is complemented by a True Tone flash. It supports Smart HDR while being capable of 4K video shoots as well.

Connectivity options with the device include Wi-Fi 6, Bluetooth, and a USB-C port. The side power button gets Touch ID for user authentication. The tablet also supports eSIM that enables support for Gigabit LTE and 5G connectivity. Then there is a stereo speaker onboard too. 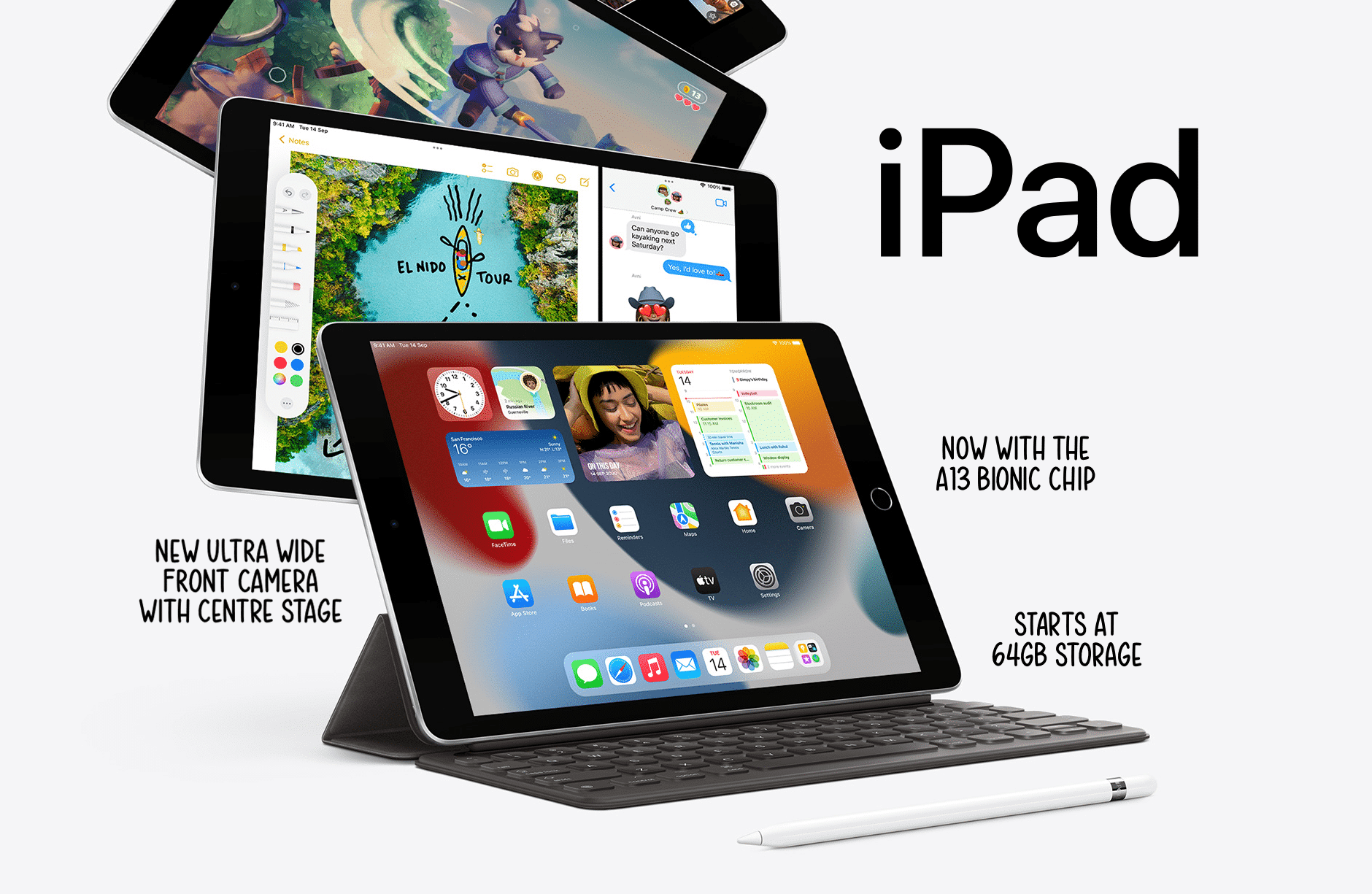 The regular iPad in its 9th generation now continues with the same 10.2-inch display though there is True Tone support this time. This will allow for the best screen color temperature adjustment depending on the surrounding ambient lighting condition.

Powering the tablet is the A13 Bionic chip that had earlier rendered service in the iPhone 11 back in 2019. It’s still a capable processor and with a neural engine this time, Apple is claiming it to be the most powerful tablet in its class.

The new iPad however gets a camera makeover. For instance, there is the 12 MP front shooter which is the same as that of the iPad Mini. It comes with an ultra-wide-angle sensor having 122 FoV along with support for Center Stage. It however is an 8 MP camera that is included in the rear.

The new iPad also comes bundled with a 20W USB-C Power Adapter. The tablet comes in Wi-Fi-only and Wi-Fi + 4G trims. The tablet also supports the first-gen Apple Pencil as well as the Apple Smart Keyboard case. Plus, there is going to be support for third-party keyboard cases as well.

Color options with the new iPad include Space Gray and Silver.

All models are currently on pre-order while shipping starts from September 24.