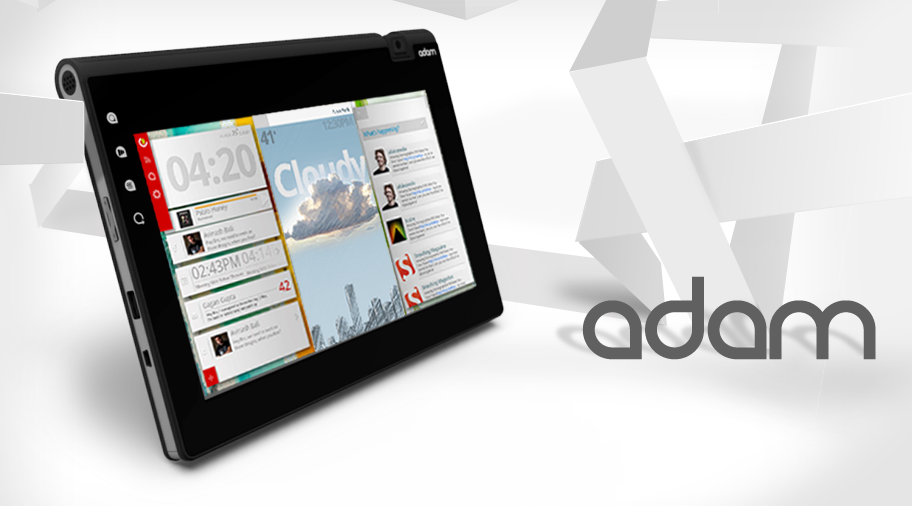 The Adam tablet PC continues to make noises from behind the scene while we know the tablet is currently undergoing trials under the watchful eyes of FCC guys. Also, its here that Notion Ink has some kind words to share as the manufacturer of the Adam would like us to believe that the tablet has been subjected to all the tests that FCC puts any new gadget of the type of Adam to and the tablet passed through all of them with flying colors. So we can expect the Adam to come out of the FCC bottleneck in all its glory and with the least of glitch. The only question is, when is that thing going to become a reality.

Also, while we wait for that big bang of a news, in the meantime here is some aspects of the Adam that company founder Rohan Sharavan has shared with us via the weekly special blog entries that he has been doing for some time now which in turn happens to be the only official insight that we get of what’s going on at the other end.

So among the new things that has come to the fore about the Adam tablet are:

>> There is a new section added to the recently launched company website dedicated to the Adam tablet device. This section termed ‘Features’ provides a healthy dose of some of the key features that has gone in the making of the Adam and which aims to make the tablet to stand apart from the rest.

>> The Calendar incorporates some smart design elements that enables one to make pretty complex entries without having make elaborate usage of the on-screen keyboard. Instead, the application has been made ‘tap’ friendly so that entries like “Meeting with Nikolas Tesla in Missouri on 10th July 1856 : High Priority” can be accomplished with just 6 taps.

>> Next, font have been improved so that they do not tend to loose out on such aspects like font hinting or sub-pixel rendering with the latter coming into play more when the screen orientation is changed to portrait mode. This is something that can be attributed to the Android OS itself which is made for smartphone like devices though Notion Ink says the issue has been taken care of adequately to make for a nice reading experience, which, as per Shravan, is better than most of the Android tablets now available.

>> Then there is the ‘The Canvas’ which is a photo editing + paint application and will launch depicting the last artistic adventure that you have indulged in. Also, this is one more area where Android itself had posed problems as it was not built for photoshop like applications and Notion Ink guys had to deal with Android’s memory management to get things right.

>> Formats that the tablet supports is one more thing that many Adam fans are curious to know about and thankfully, Shravan has some good news here. Like the Adam’s Office suite will be compatible with 35 Languages and in all major formats as well as zip files. Format types supported also includes docx, pptx, pdf, and so on which will also come in handy when it is about doing business.

These apart, there are some other areas as well that Shravan has shone light on such as the Payment Gateway, Panel Engine, CPU Hot Plug, Liveshare by cooliris and so on.

For more details, catch up with the post here while we await for a new post next week with new details of the Adam, which for Notion Ink is just the seed that will germinate to spawn a whole range of devices in future.