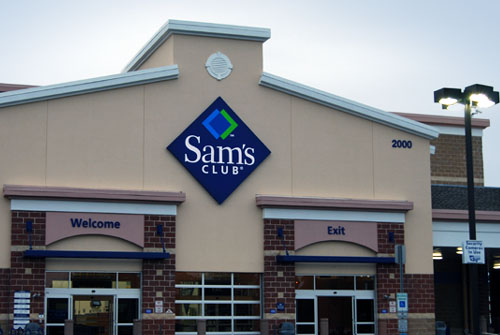 Apple has added yet another store to its list of retail outlets that will offer the iPad tablet PC. The latest to make it to the list is the Sam’s Club Warehouse Store. It will be interesting to note that the Sam’s Club Warehouse Store, a membership discount warehouse is a division of the retail giant Walmart and is itself slated to offer the iPad beginning October 15. This was revealed during an investors’ meet where it was stated that the Sam’s Club electronics and jewelry sections will be expanded to make room for what can be termed as the most sought after tablet device at the moment.

The Sam’s Club is a membership-only warehouse chain (comprising of about 600 outlets spread throughout the United States) and has raked in higher profits than Walmart. It competes against the likes of Costco and BJ’s Wholesale Club and has been offering the iPods all this while at a rate that’s lower than what is available for at the Apple stores. However, while all of this maybe nice listening to, it’s not yet known whether there will be a similar discount meted out to the iPads or from when it would begin stocking the famed tablet PCs.

Demand for the iPad has been ever on the rise ever since the tablet was launched and had found 3.3 million buyers during the first three months of its launch. Analysts also point out the figure might reach a staggering 10 million units by the end of the year. Apple has been finding it increasingly difficult all this while to ensure there are enough iPads to meet consumer demands and also reached similar deals with other stores like Best Buy, Target and Amazon to roll out the tablet device. All of these will be in addition to the Apple retail outlets and will help make the tablet penetrate more areas like in smaller cities where there are no Apple presence.

Also don’t forget to check out shopereaders if you are looking to buy e-readers. The store offers the entire range of Kindles, Nooks, the Sony PRS 350, PRS 650 Touch along with the Kobo range of e-readers. So if you are out to procure any of these, be at http://www.shopereaders.com/ for the seasons best deals.