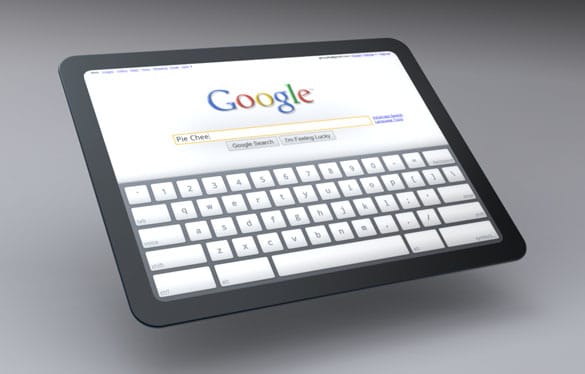 Google is finally going to release its own official branded tablet, similar to how it developed the Nexus line of phones. The great thing about their own branded devices is that, even years later, they are one of the only supported devices via the firmware updates. Eric Schmidt the Executive Chairman of Google recently sat down with the Corriere della Sera at the launch of their new offices in Italy to give us the good news.

Google Android and Apple have gone through some crazy legal drama this year and the company’s acquisition of Motorola finally gives them a hardware partner to launch products with. There is no word yet on whether Samsung or Motorola will be the hardware vender of choice to release the new tablet, but it’s just semantics at this point. The new tablet from Google is poised to launch within six months and will carry new features, such as their answer to Siri.

The big factor that makes the Nexus line of phones so popular is the low price point on 3 year contracts, giving you a very powerful phone. The current Nexus with Ice Cream Sandwich is the current flavor of the week and is selling very well, according to many indie shops in Vancouver. The problem Google faces in the tablet sphere is many companies are slashing prices to compete with the Kindle Fire and Nook Tablet. Full on devices like the Samsung Galaxy Tab 10.1 and other competiting models do not often offer carrier based subsidies. This puts Google and their hardware partners in a difficult position to release a high powered device at a price that will be competitive.